In today’s world, the expression app design has become a synonym to design an application for the smartphone. Hire mobile UX/UI designers from India who are a creative personnel responsible for producing visually rich mobile apps. Hire mobile user interface designer who is similar to a web or interface designer but with a little difference. It’s true, the space (canvas) a designer gets to design is little. Hence, hire iPhone/Android app designer who’s smart and think through each interface’s contents before designing it.

A smartphone, these days, has become a natural extension. The surge in mobile phone sale worldwide is a proof. People utilize it on daily basis, either to chat, watch a video or pay bills. All these interactions happen through a plethora of apps that people have on their smartphones. An app has to be smart and creative! A mobile app has two facets to it: UX and UI. A smart and creative app is the result of a well-balanced design that satisfies both its UX and UI aspects. Thus, hire a mobile UX/UI designer from India who’s capable of designing an app that offers a pleasant experience to its users.

A well-designed app, along with establishing the client’s brand, could also skyrocket it. At Mobisoft, we believe in designing sensible apps that, apart from skyrocketing, also increase customer loyalty and trust; and keeps them coming back. However, designing a sensible app is a challenge in itself. With millions of apps in the mobile app marketplace, the competition is indeed stern. However, to stand out of this milling crowd, hire our mobile user interface/user experience designers who focus on creating elegant designs with a compelling UX.

Like in human relations, it is the app’s look and feel, that creates a major impression on its viewers much before they have downloaded or used it. Though the UX is vital, it is, however, the UI that is crucial and scores big. Hire our mobile user experience designers as they have a thorough understanding of both mobile design trends (flat design, material design) and how mobile devices function (contextual interactions) while planning and designing a mobile app. They have also cultivated the ability to change their way of thinking when designing specifically for a smartphone device.

Mobisoft Infotech can relieve you of the burden of maintaining in-house mobile application designers by providing creative app designers for hire on contract for any duration, working onsite or offshore with competitive rates. Hire our iPhone/Android app designers who are sensible and inventive with hands-on mobile app design experience.

Our App Design Services Include

Mobisoft Infotech is an offshore mobile design & development company in India. We have a comprehensive team of mobile app designers that have expertise in creating impressive designs that are graceful and engaging. Our design experts are proficient in designing apps for the smartphone by following the established design principles and guidelines by Android and iOS. Our team of designers is competent in designing B2C, B2B and B2E (informative and interactive) apps with the focus on creating an engaging product with a ‘WOW’ experience. Along with creating beautiful interfaces, our designers also focus on bringing to surface the compelling user experience that lies beneath the design. Working closely with clients and their consumers paves a way to create visually rich smartphone apps while also taking into consideration emerging technologies with existing business infrastructure and capabilities.

We provide short-term and long-term support for client projects for all their App design requirements. Our designers comprise the capability to work on an existing mobile app, to enhance its visual appeal, or work on a new project from scratch and make it a success. 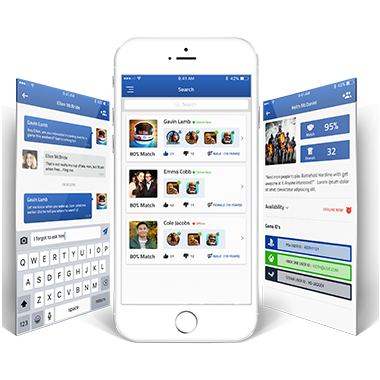 An ultimate networking platform for gamers enabling them to find and play the game with the right players. An app that lets users meet new gamers, keep up with their friends, schedule gaming events and build teams to compete against others. Gamer’s Grid lets gamers play alone regardless what, how and when they play. 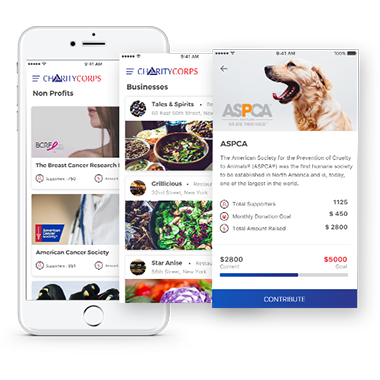 Contribute Towards The Betterment Of The Society - Charity Corps

A charity app that lets users donate to the poor and contribute towards the betterment of the society. Users can give a negligible amount to NGOs and NPOs by simply scanning their receipts at malls and other outlets through Charity Corps. 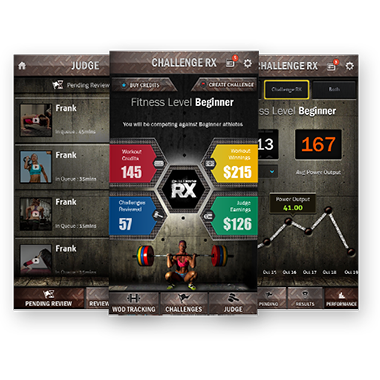 Challenge Rx takes competition to a new level with the introduction of skill based competition limiting the size of competition groups, paid judging positions, WOD management and athlete performance tracking allowing boxes to have a great way to manage WODs and track their athlete's performance. Now everyone can feel like they have a chance to win. 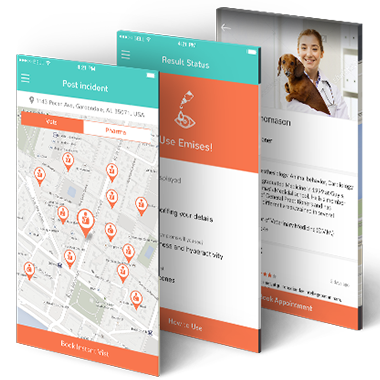 Mobile enabled solution to assist dog owner & vets before, during and post incident of unwanted digestions by dog.

Billed on a monthly basis

More About App Design And Benefits

Designing for the mobile has its own challenges. Designing a compelling UX structure and skinning it with an even more alluring UI is the biggest challenge.

This is the reason our designers have a thorough understanding of how people use their mobile devices and how should the app respond. They have also cultivated the ability to think different when designing specifically for a mobile device.

For an app to become successful, it’s user experience plays an important role. It’s the UX that binds all the controls and navigational elements together to make the app stay glued as a single unit. However, what actually clicks with the users is the app’s look-and-feel. If the UI is compelling users naturally get attracted to it even before downloading and using the app. This means there’s already a user base created without advertising.

We know the kind of impact a sensible and convincing UX/UI design can create for an app. It leaves an imprint on the user’s mind. It can be the difference between user dismay and user delight.

Not enough hands to get the work done? Mobisoft’s mobile app designers can assist you to accelerate through your project timelines, bringing experience and expertise to your team.