The Apple’s WWDC 2016 event ended up with general keynote speech which was packed with the announcements and details of what’s coming next as Apple’s new lot of its operating systems. A slew of incremental software updates and features for the Mac, iPhone, Watch and TV would be coming soon this year.

With this, it also stated the updates of watchOS and OS X (now known as macOS), and the launch of new tvOS. iOS 10 brought in advancement to interactive notifications, makes Siri available to the developers, updates photos (by making it more organized) and reworks on messages.

In WWDC, the release of iOS 10 was declared with n numbers of changes. The latest version of iOS 10 is rolling out for iPhones and iPads and will be getting launched in the fall of this year.
iOS 10 finally was available to non-developers also in the form of a Public Beta this year which simply means even non-developers can get access to the preview version of the software before its final release which is slated for sometime this year.

Apple, at WWDC 2016, showcased 10 fresh features of iOS 10 which are simply incredible but there are several other amazing features of it which weren’t covered by the event. Let’s take a look at those fascinating features which were left unannounced as they are worth noticing.

1. Check your unread emails at a glance: Emails can be kept in a more organized way now. Usually, in mail apps, you can maintain a different folder for unread emails, but iOS 10 brings you a feature to do it in a more organized and easy way. How? When you open the inbox window of the mail app, in the bottom left corner of the display screen you would see a filter icon. Clicking that will help you display only the unread emails, therefore, you can find all the unread emails easily and can read it separately with an ease.

2. Why the WiFi isn’t working?

Well, the new iOS 10 feature can help to find the answer to this question in a quick go! Yes, iOS 10 brings in a new feature to check if the WiFi has a strong/weak working internet connection that you are connected to. Check this information from the Settings of WiFi configuration. If the WiFi you’re connected to has no internet connection, it will display text like “No Internet Connection”.

3. Get all your stock apps stored!
A long-awaited feature is finally added by iOS 10. This feature brings an option to hide/unhide all your stock apps. Now, how would you do that? Just long press (tap and hold) the icon of the app, which you need to hide, you will see a button (quite a familiar one) which says ‘X’, tap it and the app would go hidden. There are many default apps such as Message, Camera, Clock, Find My iPhone, Wallet, etc. which remain unused can be hidden and later when required can be re-downloaded to the iPhone from the App Store. Waking up and starting your morning gets even better as the Clock application on iOS 10 gets a whole new feature called ‘Bedtime’. Located right at the bottom of the app you can access a new wake alarm. How does it work? It keeps a check on your sleep patterns and tells you when you should go to bed and at what time you should start your day. It also keeps a stringent track on how many sleep hours you have covered with a detailed analysis.

Earlier you could toggle with Apple’s Send Read Receipts feature which meant either everyone could track when you’ve read their texts or no one could. iOS 10 says goodbye to the all or nothing feature by customizing the read receipts on a per user basis. This means your wife gets to know what time you checked her text, but your boss won’t get a hint about his messages being read.

iOS 10 brings you the comfort of using shortcuts for making the 3D touch on Quick launch app. In the control center, a shortcut will appear on the Quick launch app, on which you want to perform 3D gestures. A new feature comes with iOS 10, Markup, which allows you to sketch out anything on a picture from the Image Library. With Markup, you can bring creativity to you art by using different colors of pencils, choosing and changing the boldness of the pencil, including text as well to you drawing, etc. Markup has many other features in its bag. You can also send or even make images directly from iMessage.

We all share a love-hate relationship with the storage on our phones which makes us forcibly remove music from our devices due to space issues. However, iOS 10 aims at tackling the same as you can select the Optimize Storage to On in the Music section – choose between 1GB – 10GB and iOS 10 can get rid of old files to keep you within limits. When this feature is enabled it flushes out all those songs which are not played on that device for quite some time.
How to enable this feature? Just go to the:
Settings>Music>Optimize storage and turn it on. Do you often find yourself parking in a very safe spot, only to realize after a few hours later that you’ve forgotten where your car is? Now with iOS 10 and it’s all smarter Apple Maps, it will be super easy to locate your parked car as you use iOS 10 Maps. Whilst you use Maps to navigate to a location, it will simply drop a pin wherever you have parked your car along with a notification. It can also observe the time of you entering and exiting the car through the auto Bluetooth system. Sometimes, we look for a perfect emotional reply but run short of perfect emojis and emoticons. A few months back, Facebook released similar feature where you can react to any post you feel like. Now, iOS 10 comes with a similar feature where a user you can long press the particular iMessage and tap on the reaction s\he feels like, that could be thumbs up/down. In this way, you can add more fun to your chatting.

13. Dodge the tolls
As mentioned before, Apple Maps has gotten yet smarter. It will help you route to alternative route to skip the toll booths.

14. Click picture and listen to music:
A feature which most of the Apple users find annoying, if you try to open the Camera application in any of the previous versions of iOS, the music gets paused automatically until you quit the Camera app. With iOS 10, you can now click pictures while listening to your favorite podcasts.

15. Share and collaborate
The Notes app overhauls in iOS 10, with its new features it allows the user to share its notes with other users. Not only this, the other user can also edit and add content to the notes, similar to Google Docs. Similarly, you can also invite more users to read, edit and add content to the notes in iCloud. Invitations can be sent to WhatsApp and Facebook as they are supported apps.

Note: a note can be created only through an iCloud account.

16. Click my edited picture!
Yes with iOS 10, now it is actually possible to do editing on live pictures too like normal pictures.

Well, these were some fascinating 16 features which were gone missed at the event of Apple’s WWDC 2016. Shoeb Ahmad, with an experience of 15+ years in Digital World, heads Digital Marketing at Mobisoft Infotech. He has a rich experience in SEM, SEO, Social Media & other verticals of Digital Media. He also has been a consultant for a variety of industries, enterprises & startups. He loves reading & traveling. He often writes on various forums since he believes ‘Knowledge increases by sharing.’ Follow him @shoeb_ahmad 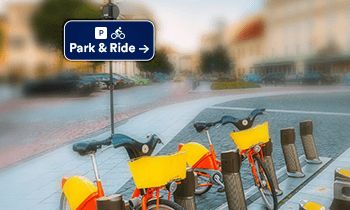 Park and Ride System: Is It Defining Better Future for Urban Commuters? 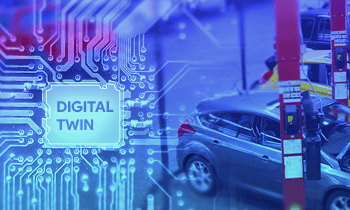 How is Digital Twin Technology Impacting the Automotive Industry? 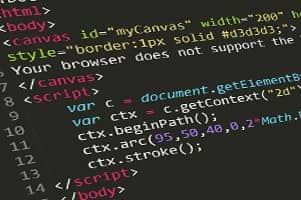