“Ok Google” – Show Me Highlights From The Pixel 2 Event

Google finally unveiled its second generation of Pixel smartphones, a refreshed Chromebook, new Google Home devices and a bunch of other stuff at it’s second Made by Google event held in San Francisco. The central theme of the entire hardware launch event was how Google is bringing software and AI together to make radically helpful hardware for users.

There were a few exciting surprises as well like the Pixel Buds and Google Clips camera and a flurry of other updates. We have condensed all the major hardware announcements for our readers in this article. Let’s catch up with all the important news from this big Google event.

This was the biggest and the most anticipated hardware announcement from the event. Following up on the first generation of Pixel smartphones, Google announced the Pixel 2. It will come in two sizes, 5” Pixel 2 and the 6” Pixel 2 XL. Both have very identical specs except for the size difference. Both come with crystal-clear cinematic OLED display, the fingerprint sensor on the back, front-facing stereo speakers and fast charging that will provide 7 hours of battery juice on 15 minutes of charge. Both will be powered by Android Oreo 8.0, the latest and greatest version of Android.

There were a few feature highlights that are worth mentioning in more detail.

Google claims that the Pixel 2 and Pixel 2 XL have the best camera on any smartphone. It provided details on how it is using computational photography and machine learning for crisp, clear and detailed photos in any lighting condition. It is also making video capture more smooth by combining both optical and electronic video stabilization. The highlight camera feature was the portrait mode that Google has been able to achieve with just one camera lens by integrating hardware and software together.

Google has added a new feature called Active Edge that provides faster access to the Google Assistant by squeezing the edges of the phone.

The Pixel phones will automatically be able to identify and display song information playing in the background right on the device’s lock screen. Google’s claims that it uses on-device machine learning for the feature to work.

Google is also making it easy for iPhone users to switch to the Pixel by making copying contacts, apps, photos and even iMessages possible in less than 10 minutes. Pixel 2 and Pixel 2 XL will start at $649 and $849 respectively and will be available in the U.S, Australia, Canada, Germany, India, and U.K at launch.

Google Lens – Search What You See

Lens was arguably the most exciting announcement made at Google I/O earlier this year. Lens is basically a visual search engine coming from Google that will allow users to point their camera at anything they need information about like books, food, landmarks, hand-written notes and more. One demo on stage showed how Lens was able to scrap out a URL from a poster in real-time.

Pixel devices will get an exclusive preview of Google Lens in the Photos app and via Google Assistant. Google aims to ultimately bring the visual search smarts of Lens to more devices.

brings the assistant to your home in a package of the size of a donut. It projects 360-degree sound and uses far-field microphones. It comes entirely wrapped in fabric with an LED indicator. Mini will be available in three colors and cost just $49 and will give users the power of Google anywhere in their homes.

is the big brother to the original Google Home and also their answer to Apple’s HomePod.  Maxx uses Smart Sound, a new audio experience powered by Google’s AI software. It allows audio to be adjusted automatically to the surroundings and be tuned in seconds.

Google Home Maxx will start selling from $399 in December and be available in two colors – charcoal and chalk.

Google introduced a new high performance, versatile Chromebook that combines the best of a laptop, tablet, and phone. The Pixelbook comes with premium hardware and has a 4 in 1 design to adapt to user needs. It weighs just under a kg, has a 12.3” touchscreen, i5/i7 processors and up to 16 GB of RAM with multiple configuration options.

A smart, responsive stylus for doing more with the Pixelbook. It uses advanced machine learning algorithms for handwriting recognition and has a much lower latency. It supports high angular awareness and multiple levels of pressure sensitivity.

Users will be able to install their favorite apps on Google Play for Pixelbook. From editing photos in Lightroom to playing games like Asphalt, Pixelbook will be able to do a lot that an Android phone can do.

Pixelbook is the first Chromebook with the Google Assistant built-in.  A dedicated key has been added to trigger the Assistant and find answers or get stuff done. Bringing the Assistant to a laptop will provide users hands-free access and new ways to perform tasks.

Pixelbook will start at $999 in the U.S and be available in three configurations.

Google wants to make the Assistant ubiquitous and now they are now bringing it to through their own earphones. The Google Pixel Buds are wireless earphones that do a lot more than just listening to music. All the audio controls are available through a touchpad on the right earbud.

Assistance With Just A Touch

Users will be able to trigger the Assistant by holding on the right earbud to quickly perform a search, play music, place a call, send a message and what not. All of this without needing to take out your phone from your pocket.

This was one of the coolest demos shown on stage. Pixel Buds will be able to perform real-time translation by leveraging Google Translate on the Pixel phone. Imagine it like your own personal translator, wherever you go.

The buds will automatically connect to your Android phone and can be stored in a pocket-sized case that will allow it to run for around 24 hours. The cost will be $159 in the U.S with availability in November.

Google is adding augmented reality stickers for its Pixel smartphones and showed some cool demos on stage.  AR stickers will be able to interact with each other and the visuals can be recorded and shared with others. Google says that they have calibrated and optimized the Pixel’s camera for really engaging AR experiences. AR stickers will be exclusive to the Pixel for now.

Google previewed a few AR apps built with their AR software development kit (SDK) for Android. A demo of Houzz’s AR app showed the application of mobile AR for placing furniture in a room. AR stickers itself is based on ARCore and we can expect many more AR experiences built on Google’s ARCore development platform for Android.

A new Daydream View VR headset was also announced that works with the Pixel 2 or any other Daydream-ready phone for mobile VR. In terms of improvements, the new Daydream view has high-performance lenses for better image quality and wider field of view. Google is also working on premium VR content for the Daydream platform.

There was also a new interesting hardware addition to the Made by Google family – a hands-free camera that will let users capture genuine and spontaneous moments of their loved ones.  As with other hardware, this also uses machine learning for finding and capturing the best shots and comes with its own companion app.  The clips will sync wirelessly with the app and had direct integration with Google Photos as well. Google Clips will start selling at $249 in the U.S first.

This second Made by Google event had a lot to talk about. Google looked seriously committed to building and marketing its own hardware line – new Pixel phones, new Google Homes, an all-new Chromebook, wireless earbuds with Assistant built-in, updated Daydream headset and the Clips camera.

At its core, it was this exciting promise of building better hardware products by combining it with cutting-edge AI and software that Google wanted the industry to takeaway.

Nitin Lahoti is the Co-Founder and Director at Mobisoft Infotech. He has 12+ years of experience in Design, Business Development and Startups. His expertise is in Product Ideation, UX/UI design, Startup consulting and mentoring. He prefers business readings and loves traveling. Follow him @nitinlahoti 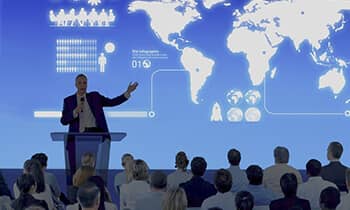 How To Enhance The Impact Value Of IR Communication? 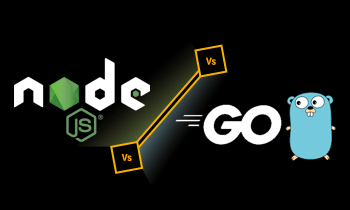 Golang Vs NodeJS: Which One To Choose For Your 2022 Projects