tvOS Apps Support Direct Linking, Can Now Be Purchased From iOS And Macs

For tech giants such as Apple, it unquestionably requires some enormous visions and missions to conquer the world. With regards to being the most conceivable organization, Apple is more likely to envision their future. For now, they have added some enhanced features to the App Store, making it simpler for the users to use each element with no nuisance.

Last year, when the fourth generation Apple TV was launched, the firm had also accomplished the complete debut of tvOS App Store, an App Store exclusively designed for Apple TV, where you will find numerous games, movies and apps. However, the tvOS App Store majorly comprises of Apple TV apps and a few more apps that are also available on iTunes Store.

Apple has already synchronized all its devices i.e. iPhone, iPad, Mac, iPod, TV and Watch. But, there was no way for the Apple TV users to search or purchase any tvOS app other than Apple TV. As a result, Apple was unable to acquire new customers. To overcome this situation, Apple has newly added tvOS apps to its iTunes Link Maker web app, making things simpler for the consumers.

What Is iTunes Link Maker?

iOS and Mac users can generate links to desired apps or games from Apple Music, iTunes Store, iBook Store and Mac App Store with the help of iTunes Link Maker. The generated link can be seen and open in the App Store on iOS and the iTunes Store on Mac OS, further which the app or game can be purchased or downloaded.

Are you looking for any specific Apple TV app? With the help of iTunes Link Maker you can search and generate links to iTunes content and download or make purchases.

How Is It Beneficial For Apple TV?

The addition of tvOS apps with the iTunes Link Maker is considered to be more beneficial for the Apple TV apps. The Apple app developers have now given an expandable reach for tvOS-only apps to the Apple TV users. If you have purchased an Apple TV-only app from your iPhone or Mac via the iTunes Store, then the app will be shown as an alert. The alert is to inform you that the app will be downloaded to the Apple TV. This will bring no change in the behavior of pre-installed apps on both iOS and Apple TV.

How iTunes Link Maker Is Associated With Apple’s Other Features?

Like I said earlier, the firm has already envisioned their future steps and now they are just following the procedure to accomplish them. Prior to introducing the iTunes Link Maker, Apple has enabled an automatic download feature and made it available for iOS, Mac OS and tvOS platforms. With the automatic download feature enabled on your device, if you have downloaded a game or an app on your iPhone and the same is available on tvOS App Store too, then it’ll be automatically downloaded and installed on your Apple TV.

In the beginning of this year, Apple had launched App Analytics feature for Apple TV. A newly added feature that supports tvOS apps. With the help of this feature, developers are now able to track the on-going marketing campaign, app usage information, in-app purchases, number of apps downloaded and the number of visitors their App Store page is receiving.

Prior to the iTunes Link Maker update, whenever Apple developers wanted to share any tvOS app, first they were needed to provide instructions to the user to initiate manual search across the Apple TV App Store.

So, now Apple developers have App Analytics and iTunes Link Maker, with which they can generate new links to their apps and can also keep a track of marketing campaigns to analyze their growth rate. Apple, now, has been rolling out advanced features for tvOS App Store. With the increase in the number of categories of apps and expanding user-base, it had become necessary for Apple to add tvOS apps to iTunes Link Maker that makes tvOS-only apps searchable.

What else could be better than having a synchronized Apple family regardless of the number of devices you are using!

Ravindra Waghmare is the Co-founder and COO at Mobisoft Infotech. He is an expert in solutioning,software consultancy, process definition and improvements, business analysis,and project execution. He has 11+ years of experience in software development,consulting, delivery, company operations, talent acquisition, processes and sales. 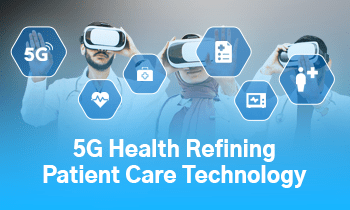 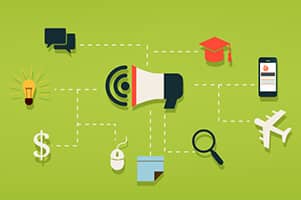 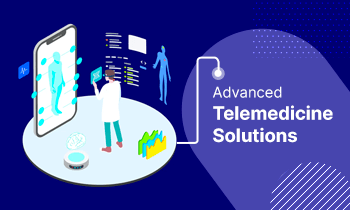