Pingin.social is an upcoming startup in the domain of contacts management. It is started with an aim of connecting the professionals and communities across the globe, to perform smarter network management. It enables users to exchange business cards with their connections, exchange views on real time chats and update contact details like email, phone numbers and even social handles.

Like many startups across the world, developers at Pingin.Social recognised the convenience provided by Parse platform to build a rapid and scalable solution which they could rely upon. However, the announcement from Parse to shut its operation was a shock to them as well. Even though Parse had given the path for migration, it was an uphill task to evaluate the different options, build infrastructure in cloud and migrate to it. The team needed to build an infrastructure with minimum latency, which would be highly available, would not restrict the number of APIs served per minute.

Mobisoft cloud team evaluated various options for hosting the Parse Server. The traffic to the app was divided equally in both sides of the Greenwich line. Therefore, Europe was the best region to host the database. However, MLab (the hosted MongoDB service provider) does not have presence in Europe. Considering the speed requirements, it was futile to keep the servers in US just because there was no frontline hosted MongoDB service provider in EU region. Once the PAAS option was out of the way, we moved to AWS as it is the most trusted brand among the Cloud Service Providers, and also because Mobisoft is an APN partner with AWS which allows our clients free access to AWS Support.

We decided to host the solution on EU region of AWS.

The final infrastructure of the solution involved:

2 Security groups (for MongoDB and for Parse Server)

2 S3 buckets (for storing Parse Files, and other for MongoDB backups)

We created the infrastructure and installed the necessary softwares to migrate the app. One of the key parts was to migrate Parse files to S3 to avoid any dependency on Parse in future.

Even though the Parse.com works smoothly, their open source counterpart, Parse server is still undergoing rapid changes. There are many bugs which are being resolved and being newly opened. It reflects the newly developed product in a true sense.

We observed one such bug with the later versions of Parse. We rolled back to previous version without any issue and used the same in our app. Read More

Throughout the migration, we worked with Pingin development team to find the solutions at every juncture where they needed help. Our team helps in debugging the issues in the integration as well as any other place where we could help.

Parse Dashboard was not developed at the beginning of the project, however once it was available, it was integrated in the system.

Pingin team can not focus on their core tasks of working on features and looking for growth instead of worrying about the future with Parse.com. The early migration also helped them avoid the problem of working with disjointed file sets due to migration. We migrated all the data including Parse files to AWS removing all the dependencies on Parse.com. The final solution is secure, reliable, cost effective.

With the rich experience of developing more than 300 mobile applications, Mobisoft understands the challenges of creating, hosting, and scaling the web backends. Mobisoft has provided solutions for the diverse industries and startups across the Globe and has proven track record of years of delivering high quality apps. The cloud team at Mobisoft has worked on all the leading cloud infrastructure providers including but not limited to AWS, Google Cloud, Azure. Over the years, the team has also developed expertise in PAAS such as Heroku, Rackspace, Amazon Elastic Beans.

Mobisoft had existing clients who were using Parse which were migrated to hosted Parse environment, it lent first hand experience of migration and an unique view of the current status of Parse platform.

The competency in app development and expertise in Cloud services allow Mobisoft team to evaluate the options fairly, address the concerns proactively, and communicate effectively with app developers.

Pingin.Social
“Thanks a lot for successfully delivering the project, especially thanks to Hemant for all the hard work he has put in. We really appreciate it.”
– Sanjeev Kumar (CEO, Pingin.Social) 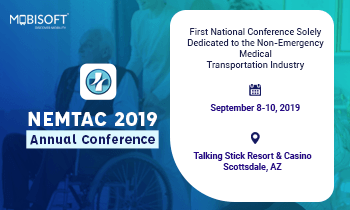 Join Mobisoft Infotech at Scottsdale, Arizona for the First-ever NEMT Conference by NEMTAC 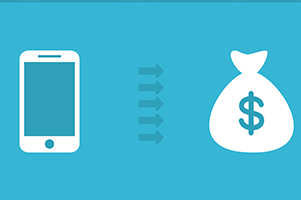 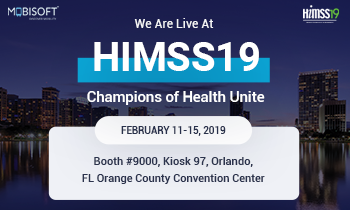 Join Us At HIMSS19: Where Champions of Health Unite