A new software framework has been introduced by Apple which hopes to turn millions of iPhone devices in users’ pockets into medical diagnostic tools drawing medical data from them, which is a great boon for medical researchers but a slight issue for privacy advocates.

Apple has stepped up to contribute towards health innovation with ResearchKit, a brand new open source tool which helps iPhone owners volunteer to join medical research studies. Users can sign up for detailed studies, undergo medical tests, describe symptoms and send their respective data to researchers.

It’s up to users to decide how they will share their data and Apple won’t see it. The first five apps for Parkinson’s, diabetes, cardiovascular diseases, asthma and breast cancer are already available in the App Store for iPhones. The tool which would work alongside the iPhone and HealthKit will be open source which implies all the Apple Developers will be able to start developing for the platform from today itself.

The main purpose why ResearchKit has been built is to tackle the biggest obstacles to scientific research in medicine.

Finding and recruiting subjects for analysis and research purposes can be tough. The only way to get access to human guinea pigs is through flyers on college campuses or sometimes through social networking websites. ResearchKit makes it extremely simple for people to sign up for a study no matter where they live in the world. The result? Larger data and more varied study group which benefits medical researchers.

Medical research very often suffers from infrequent data as patients may not follow up thoroughly resulting in researchers getting an incomplete picture of their patients. Thus with ResearchKit, data can be seamlessly gathered on a regular basis – daily or even hourly which means objective, accurate and incredibly precise data.

“With hundreds of millions of iPhones in use around the world, we saw an opportunity for Apple to have an even greater impact by empowering people to participate in and contribute to medical research,” said Jeff Williams, Apple’s senior vice president of Operations during the launch of ResearchKit.

How does ResearchKit work?

It’s simple. All users have to do is sign up with a digital signature and instantly start recording data. For example, a patient suffering from Parkinson’s disease can say ‘ahh’ into the iPhone and his symptoms can be recorded automatically via the software. Thus, with millions of people owning iPhones, this tool could help researchers stay connected to patients in better ways.

Why is it beneficial?

ResearchKit aims to put an end to problems with medical research such as limited patient participation, data sampling techniques and one-way communication from the patient to the medical professional.

Medical researchers and doctors also have access to over 900 health and fitness apps developed using HealthKit for iPhone and very soon the Apple Watch too, thus completely changing the way we track, manage and interact with our health within real time. With the permission of the user, ResearchKit can access useful data generated by HealthKit such as calorie count, sugar levels and heart rates too.

Fitness is all about being more active every day. Click here to know more on how Apple Watch promises to change the way you workout.

Health is wealth and is equally important to each one of us, thus ResearchKit has been made open source. This implies that researchers and Apple Developers can contribute to medical research, regardless of their platform.

The question of privacy arises as Apple is collecting deeply personal biometric information about you and your health but Apple assures that users can control the data shared by each ResearchKit app and the confidential medical details would be visible by researchers only. ResearchKit will be available to developers from next month. 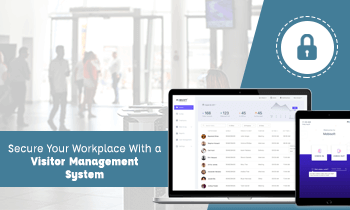 Boost Your Office Security With a Visitor Management System 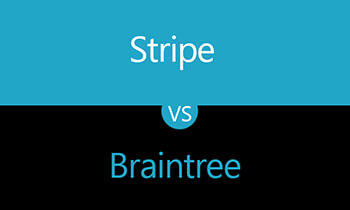 Stripe Vs Braintree: Which one will you consider?