Whether it’s a tech start-up, a small business, or an initiative within a large corporation, launching an enterprise is always a hit-or-miss proposition. The traditional start-up idea includes chalking out a business plan, pitching it to investors, getting hold of a team, introducing a product and selling it the best way you can. And there are chances of a fatal setback too! Here’s where the lean start-up comes in.

Every startup has one goal in mind- develop a practical solution which would be useful for the people and profitable for the company. In a ‘Lean Startup,’ the goal is to build the right thing which the consumers want and sell it as quickly as possible. Making something that nobody wants is a loss making venture- even if it is a great product made on time.

What is the main issue of a start-up? It faces an uncertain future- you never know whether the product or the business idea would work or no. But recently, an important concept has emerged, which can greatly reduce the risk of starting a company.

It’s called the ‘Lean Start-Up’, and it favors experimentation over detailed planning, gives importance to customer feedback over intuition and iterative design over the typical big design front development. Introduced just a few years back, its main concepts such as minimum viable product and pivoting have made their mark felt in the start-up world and a number of business schools have already adopted their curriculum to teach them!

How Do You Achieve the Perfect Business Plan?

Under this concept, all business and product ideas are treated as mere assumptions that get validated through experimentation in the markets. Systematic experimentation, iterative product release and organized customer feedback generate valuable insights that help validate the learning. They eliminate practices or procedures that are not required or are an unnecessary step during the product development phase.

The focus is completely on value producing practices so that there is a better chance of success without any elaborate business plan, external funds or even a perfect product. The products developed are continuously worked upon for improvement and updating based on customer feedback and market trends. Start-ups generally avoid an invalidated assumption, long term business plan in an uncertain market.

In addition, at no stage is their product treated as perfect. It is a continuous process of evolution.

A Bit about Eric Ries

The term was ‘Lean Startup’ is a term coined by Eric Ries who defined it is as a system to develop a product or business in a way to eliminate or minimize the risk of failure. He was an employee, founder and a start-up advisor. Catalyst Recruiting was his first start-up which failed since they spent a lot of time on the initial product launch and could not grasp the want of their target customers. He then worked as a senior software engineer with There, Inc.

It was a Silicon Valley start-up with a $40 million financing, five years of R&D and about 200 employees at the time of product launch. Their product was launched in 2003 which did into garner enough attention. Ries blames it on the company’s vision which was too solid to present the consumer demand accurately. It was from a series of such experiences that he developed the philosophy of lean start-up.

Where Did the ‘Lean’ Concept Originate From?

During the 1980s, Japanese auto manufacturers developed a streamlined production philosophy called lean manufacturing. The aim of the philosophy is to minimize waste which is expenditure- rather than to create something valuable for the customer. The system focused on storing small stocks of inventory at strategic points rather than having a centralized warehouse. This was called kanban and it provided the workers all the necessary material just when they needed them. This reduced waste and increased productivity. In addition, there were quality checkpoints to identify imperfections early so that minimum time is spent on developing a final product. It also focuses on having close contact with suppliers so as to understand customer demands.

As time passed, in 2008, Eric Ries coined the term understudy on his blog post titled ‘The Lean Startup’. The post was posted on his blog Startup Lessons Learned. Although it started with companies having the high technology it expanded to include company, team or any individual looking forward to introducing new services or products in the market. Though it was restricted to the Silicon Valley it has now spread to other parts and is popular throughout the world.

The start-up philosophy has one central focus- eliminate wastage and increase the value of production during the product development phase. Customer feedback is very important during product development and according to Ries, the manufacturer does not invest time and resources designing and installing features that consumers do not want. This is done through two processes:

Focusing the entire investment on the launch and success of a single product is not something that start-ups can afford to do. On the other hand, they develop a minimum viable product which is then improved upon based on the consumer feedback. It is also tailor-made as per the specific needs of the customer.

The Lean Startup philosophy moves away from the traditional manufacturing methods followed by their predecessors to develop a minimal product which is improved upon based on consumer feedback.

According to Ries, it has nothing to do with how much money a company raises and everything to do with assessing and meeting specific demands of the consumer with the least amount of resources.

How Can a Lean Start-up Benefit Your Business?

The answers would eliminate a lot of unnecessary steps you would have taken otherwise. It helps you focus time, money and energy on the ideas that have significant value. Since a lean start-up works on the principle of eliminating waste and focusing on developing a viable product, it becomes a learning curve for the entrepreneurs. The learning curve also becomes a good reference material for both established companies and students to learn from.

The lean start-up concept has arrived just in time to assist existing companies to deal with the forces of continual disruption. This change can easily be felt by people in every kind of organization be it a start-up, small businesses, corporations or even the government constantly feel the pressure of rapid change!

Thus, the lean start-up approach will help organizations of all sizes deal with it head-on, lead to rapid innovation and completely transform the world of business.

Start-ups can fail. But they can be prevented too – Lean Startup provides a different approach to managing startups and ensuring the product reaches customers’ hands faster. 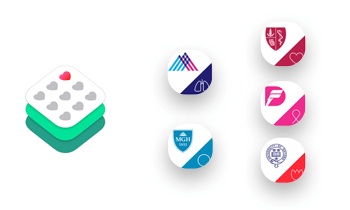 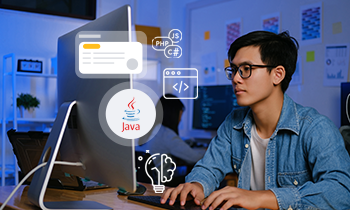 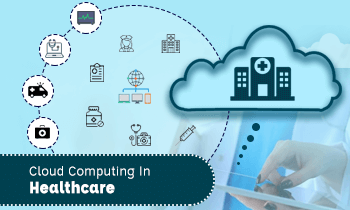