Google I/O 2016: Here is what Google has planned for future

Google at its I/O 2016 annual developer conference managed to surprise with some important products and features it has been working on. Here are some top announcements by Google:

Daydream is the Google’s high quality mobile Virtual Reality (VR) platform. It will be built on top of Android N. It will offer home screen from which apps can be accessed. Among them will be Google Play Store, YouTube and photos. Google already has a VR platform called as Cardboard, but it only offers users VR lite experience through their smartphones. The three main aspects of Daydream are correct smartphone specifications, headsets and compatible apps. It includes comfortable headsets and intuitive controller for better VR experience.

Google showed off reference design of VR headsets for smartphones. These daydream headsets that Google showed off will not available to buy in stores. Instead, Google referred to it as a prototype or reference for manufactures who wish to make their own Daydream sets. It was actually made as reference by Google to show kind of features they will be expected to provide.

Google has also announced its newest messaging app called ‘Allo’. Allo is the french word for ‘hello’, and it is said to be one of the smartest messaging app yet. Allo is the mobile-only app that you sign up for with your phone number and with option of connecting your Google account. One of the Allo’s most important feature is Google Assistant, which will help Allo users to find extra information and send auto-generated replies. It includes some interesting features like Whisper Shout and more, that allow you to add emotion in your chats, moreover, it can control the font size of your message.

Duo is the video chatting app by Google to make mobile video calls fast and simple. One of the interesting feature in Duo is ‘Knock Knock’ which allows the person you are calling to preview your video before they pick up the call. For this video, when you open the app, you are given an option of selfie-cam video preview of yourself, which will be viewed by person you are calling. Duo is the mobile-only app which is tied to your phone number, but not to your Google account. Duo will work with both iOS and Android.

It is the smart speaker that can respond to your questions. It is the small cylindrical speaker with microphones with a speaker at the base. Home can be used with multiple devices, so you need not worry if three devices answers back to you for your query. It is also a Wi-Fi speaker that plays music, set alarms, manage to do list and control your house, if any smart home gadgets are installed in your house. Home is built on Chromecast standard. Home has no buttons and is also available in different styles to match your decor.

It appears to be an upgraded version of Google Now. You can ask question and follow up with multiple questions, here Google picks up the conversation out and distinguish each question and returns the right answer. Google Assistant technology is voice-activated. The Google Assistant is built into Allo messaging app. For example, you are standing in front of famous sculpture and ask Google Assistant ‘Who designed this?’, here with help of bot, Google Assistant will be able to mix location data and image recognition to find where you are and what are you looking at and return with a correct answer in few seconds. Google Assistant can also tap into third-party apps and services such as Uber, Spotify and much more.

Android Instant Apps are the mobile apps that run without any need to install or download them on your device. It is compatible with all the Android versions and devices that runs Android 4.1 (API level 16) and have Google Play installed in them. Developers can create Android Instant Apps by just upgrading their existing app, there is no need to build new or separate app. It uses same Android API and same source code of existing app.

Google released new beta with some new features in Android N. It includes new screen zoom feature, making everything on screen larger and easier to see. Android N will provide bundled notification, that means user will be able to view more subject lines at one time in notification area. Multi-window support will be available for phones and tablets. Android for Work, a system by Google that allow companies to have some control over their work phone, with Android N, companies will be able to provide smartphones for Android for Work by just scanning a QR code.

Google play store will soon be arriving on Chromebooks. This will make it possible to receive Android notifications on your chromebook. Android apps and games will be compatible with Chrome OS computers. Opening up full Play Store to Chromebooks will make them far more capable laptops.

Finally, with all these products and new features, Google is trying to tackle global challenges. It will be interesting to see how Google is pushing itself to gain large and strong user base. 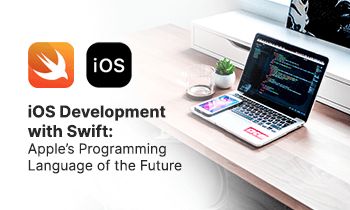 iOS Development with Swift: Apple’s Programming Language of the Future 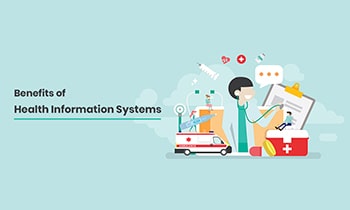 What is Health Information System and & Its Significance in the Healthcare Sector?