React or React JS is not new to the software development landscape. Developers worldwide have been using it to cater to the full stack development requirements for many years now. What’s helping this platform design interactive user interfaces and build performant web and mobile applications is its wide-ranging ecosystem of documentation, tools, libraries, APIs, and IDEs. One of the most important parts of this ecosystem is React developer tools, used to help businesses achieve desired results.

If you are into React development, you might have already come across the official Chrome Web Store React developer tools. But did you know that React tools have gone far beyond chrome? They are not just mere extensions or standalone applications. Instead, they are continuously evolving to keep up with the latest technology trends and user expectations. However, the real challenge is to choose the right ones out of all the available tools and IDEs in the market.

Not to worry, our experts have come up with this informative blog to help you make the right decision for your company. You will get in-depth information about the top React tools and how they can help you meet your unique business objectives. But first, let’s take a look at some basics.

13 Best React Developer Tools to Consider for Your Next Project

Here is a compilation of the 13 best React tools that can make your project a huge success. Some of these are open-source tools to use for personal and commercial projects, while others charge a decent amount of money. The list is not limited to but includes the following:

It is one of the most popular and important React web tools that help developers in debugging with Profiler. Basically, it is an open-source React JS library designed to analyze the React tree along with its hierarchy of components, states, props, and more. This tool also helps you monitor how components impact each other and how the process of debugging components works.
The tool offers full-fledged React Hooks support that enables developers to use the functionalities of React without creating a class. It helps them be attentive to the nested hierarchies via some systematic filtered mechanisms. Its other features include interaction tracking, viewing source code, theming, console access (CLI), and more.

Visual Studio Code or VS Code is another essential tool you should consider. It is one of the most used code editors that supports React with an add-on known as React Extension Pack. This add-on is driven by an array of features such as npm package, npm IntelliSense, React code snippets, Search node modules, ESLint, IntelliSense for file paths, and JavaScript ES6 snippets.
This complete package of seven features provides you with a solid extension that consists of the finest React tools for building scalable web and mobile applications. Besides, experts recommend VS Code to design purpose-driven user interfaces with utmost flexibility and convenience.

Atom React Plugin is backed by a code editor called Atom. As the name suggests, it is a plugin that can take your React application development project to the next level. This tool helps your developers to create simplistic, error-free, and well-structured React apps. Some of its key features are code folding, JSX reformatting, auto-completion of codes, and automatic indentation.

The plugin also consists of a syntax highlighting feature that locates identical code written across the React workflow quickly and efficiently. It has a distinct converter in place for converting to and from JSX to HTML. Additionally, it makes porting from the old JSX and HTML files much easier.

It is one of the essential libraries for React development that helps programmers to fulfill their frontend requirements. It is known for its capabilities in rolling out dynamic interfaces. It enables businesses to launch flexible and user-friendly products and services. Semantic UI React is already being used by leading companies like Digital Services, Hacker Works, and Brikl.

React Studio plays a vital role in creating React applications from visual linkages. Newbies, especially developers with no considerable programming experience, can also use this tool to build interactive digital solutions. It is backed by specific design features that help create a user-friendly development ecosystem. It allows you to develop components from templates or through coding, which can be easily modified as and when required.

The tool gives you clear visuals to prototypes (code written for functioning), which helps developers easily understand complex iteration logic. Apart from all this, React Studio gives the needed exposure to a robust visual layout modifier that creates smart fundamental logic and fine-tunes elements on your web page seamlessly.

Another tool that you should include in your toolkit is Storybook. This tool allows you to visualize all the different states of each component of your application. It helps developers better test UI experiences. As testing and visualization work in a parallel, isolated setting, you get enough room to modify components without approaching a breaking point. Altogether, this tool intends to build stories that have the potential to reflect the actions of all the components in place.
Storybook is an open-source React tool that speeds up your app development process. You need to go through a quick setup and configuration process to benefit from this tool. It includes various add-ons to curate UIs faster. It also has some built-in filters that restrain deviations.

Evergreen for React is a custom, easy-to-use frontend library with a set of React components that are used to create innovative software solutions. It comprises a series of popover components that outlines content associated with the target. Your developers can easily import these components by downloading and installing the Evergreen UI package. The main aim of such React development tools is to work out of the box and set up a smart development environment that can be controlled easily.
Instead of depending on fixed system configurations, Evergreen creates specialized systems that focus on anticipating future design requirements. It is backed by sound documentation, making it a highly composable and flexible React UI Toolkit. Its unique design language offers dedicated support to creating enterprise-grade apps.

Our list of React developer tools would be incomplete without mentioning Reactide, a cross-platform application that uses simulators to generate quick prototypes and process live reloading of React components. It is an IDE designed to support web apps. It includes a customized browser and an integrated Node server that eliminates the need to configure servers and build tools. Projects in Reactide are presented live and can be edited visually.
This tool has a combination of GUI controls that simplify the process of gathering feedback from the browser simulation. It enables hot module reloading without negatively impacting the state. Besides, it uses compatible terminals to smoothly execute workflows and commands.

React Cosmos is a sandbox for developing and testing UI components in isolation. This React dev tool offers an in-depth plan to create reusable components. It enables developers to make necessary changes and improvements to all the components (both large and small).

React Cosmos empowers component designing with surface dependencies. It discovers the inputs that are relevant to your project and promotes the creation of predictable UIs along with debugging for better performance. Some of its key benefits include sharing UIs across multiple projects, laser focus, development and deployment of component libraries, and imitating external API in real-time.

Rekit is a one-stop React development tool that helps deliver modern digital solutions. You don’t have to go through any complications to test or maintain it. Its sustainable design allows developers to successfully perform one action per file pattern.

React Sight is a compact and powerful visualization tool. It allows developers to visualize the layout of React apps and plan the iterations accordingly. It includes the React tools for Chrome. A significant advantage of using this tool is that it needs no setup and operates without modifying your codebase. If you want to use this tool, you need to download and install its Chrome extension. This will add a new ready-to-use React Sight screen to your Chrome Dev Tools.
This tool is mainly built for speed. You can use it to understand how your application is working. It consists of built-in filters to focus on the needed components and hide the rest.

React 360 is one of the most popular react full stack development tools that are designed to deliver 360 immersive experiences for web browsers. It combines the declarative capabilities of React with contemporary APIs like WebVR and WebGL to develop applications that can easily be accessed via multiple devices. It leverages the React ecosystem and web technologies to simplify the development of cross-platform 360 interactions.

To use this tool, you need to download and install the React 360 CLI. This will provide your developers with all the necessary commands that can help them develop an intuitive VR application. It is a tool that enables working in pixels alongside offering extensive 3D media support.

As the name suggests, React Proto is a prototyping tool. It is developed with the help of Electron, React, and many other libraries. Designers and developers commonly use this tool to simplify the early stage of creating mock-ups and designing client-side applications. Its fast prototyping ability helps developers create, drag, and resize components, thereby successfully constructing a visual display of your app.

React Proto facilitates the development of an app architecture backward. Your developers just need to begin with a visual design, and this tool exports all the app files needed for further development stages. It also helps developers define a component hierarchy, props, and states in React.

With all the discussion, we can surely say that React developer tools simplify your app development process and amplify the overall productivity of your programmers. You just need to choose the right one out of the above list. If you are still skeptical about your choice or unable to select a tool that can match your business objectives, outsource your requirements to React professionals at Mobisoft and start your project right away. You can also extend your React development capabilities by opting for our team augmentation services model. 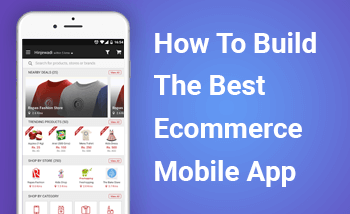 Ecommerce Mobile App Development: How to Build a Successful One? 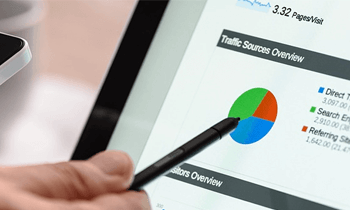 The Future Of SEO And Mobile Apps