During the end of last year, Apple announced that Swift is now an open source, thus benefiting app developers to use this language whilst building cross platform mobile apps. Nonetheless, before you rejoice the announcement and think of opting for this new open source, it is necessary that you’re aware about few basics of this language.

2. Swift builds on the best of C and Objective-C, without the constraints of C compatibility.

1. The first major feature of Swift is “safe by default”.

2. The improvements in app quality and stability over a huge developer community.

5. There’s no problem with writing new modules in Swift that interoperate with existing Objective-C code bases.

6. Swift is the most-advanced programming language of 2015

a. Swift not only requires less code than Objective-C.

b. In Swift, you just need a .swift file. That’s why makes it easier to organize and maintain your project.

a. Swift is faster than Objective-C.

b. Swift is faster than Objective-C when it comes to complex & huge sorting

3. Optionals: This is a situation of variables where absent value can be declared as optionals using ? : var surveyAnswer: String?

4. Forced Unwrapping: Optional definitely having value and forcing to use it with the help of “!” called Forced unwrapping

8. Implicit Fall through: Swift has no implicit fall through. Thus, it executes statement one at

9. Closures: They Are the self contained blocks of functionality. They are much similar with blocks in Objective-C

10. Enumerations: Defines type for a group of related values.

11. Class- User defined data type that will become a building block of code where properties and methods added around certain functionality.

14. Difference in Classes and Structures

a. Inheritance – enables a class to inherit the characteristics of another class

b. Type casting at runtime

d. Reference counting allows to refer more than one to class instance

17. Value Type: Means whose get copied when assigned to variable or constant.

20. Lazy stored properties: Whose initial values is not calculated until first time it is used.

22. Property observers: Which observes and responds to changes in property’s value. Methods: willSet and didSet

24. Type properties: Means those declared with static in struct while class keyword in Class

26. Initialiser delegation: Can call other initialisers to perform part of instance initialisation. Means to call init within another init

28. Failable initialiser: Initialisation may fails – can be declared as init?

31. Strong by default – weak with optional – unowned with value –

32. Type casting – is a way to check the type of an instance – is & as operators

The above listed are some of the widely used language basics, which may help the programmers to undertake the assignments easily. 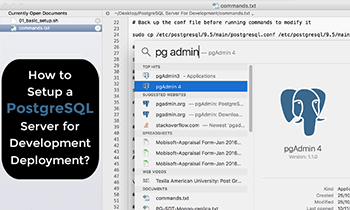 How to Setup a PostgreSQL Server for Development Deployment?

Interaction Design – connecting the physical world to the digital world! 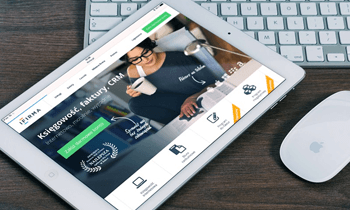