Agile testing helps not only in coming up with superior and ameliorated products but also in considerably reducing the overall cost of development. For enterprises looking at long-term cost-effectiveness, it sure is the way to go. Having comprehensively deliberated upon Agile Software Development and how it can be used in our previous post, we will explore the in-depths of ‘Agile Testing’ today. 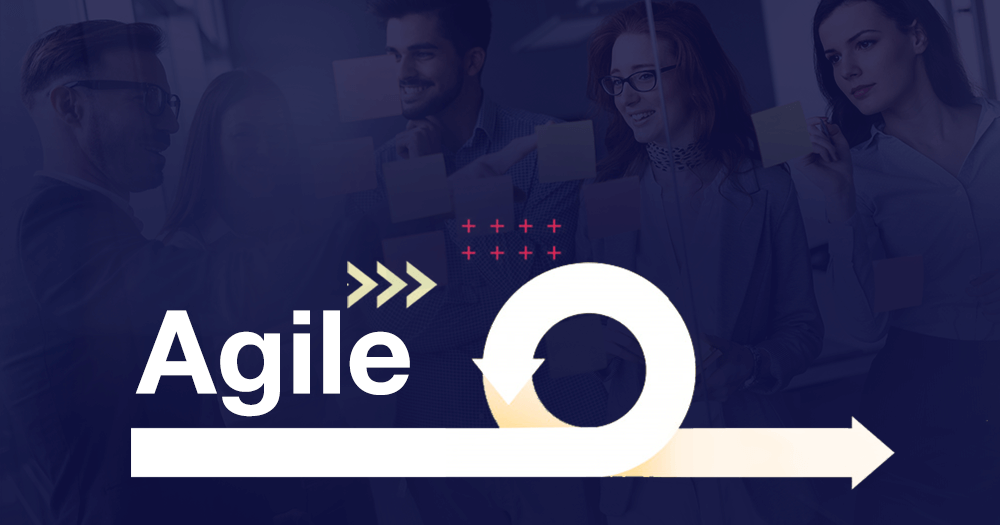 Agile development leverages the principle of continual planning and repetitive modifications before final product delivery. It is characterized by a synergistic effort of multiple teams and incorporation of dynamic feedback in continuation even in late stages of development. Using the “Agile” way, enterprises can enjoy several benefits that ultimately result in better quality products. Let’s have a look at a few of these advantages.

Agile development helps in embracing different changes quickly and smoothly. Any change in the product backlog can be effectively addressed in the subsequent iteration, which allows the change to be subsumed in merely a few weeks.

Instead of one large team working on a project, Agile development involves allocating a project to different teams after splitting it down into smaller manageable units. This, coupled with continuous testing, helps in fixing up glitches, thereby enhancing overall product quality.

The continuous involvement of feedback helps in a better understanding of the stakeholders’ sentiments. Thus, Agile presents an opportunity to align the development process with the needs of various stakeholders, eventually delivering what exactly is the need of the hour.

What is Agile Testing?

In layman’s language, Agile testing refers to testing in concurrence with development. It is a process where an intermix of developers, coders, and testers work simultaneously to deliver products that are optimized as per the preferences and expectations of the customers. For this purpose, operational principles like SBE are put to use.

Conventional Waterfall development allowed for testing once the development process was entirely over. The precision in identifying bugs and snags was sometimes compromised to keep up with the product timeline. Also, absorbing these changes required the product to be reverted to the development team. On the contrary, in Agile testing, testers leverage and provide comprehensive insights into behavioral patterns, which help in ad-hoc modification of the product.

Agile testing tools are used to manage testing sessions and for the creation of reports. Choosing the right Agile testing tool helps ensure trimmed release cycles, cost reduction, team collaboration, and sublime project quality. Here are some of these tools.

The Testing Manifesto was made to compliment the original Agile Manifesto. Hence, it revolves around the following set of features of Agile software development:

Agile testing happens in continuation to make sure that the product is optimized as per the latest requirements.

Since the testing is continuous, testers work in conjunction with developers by keeping them acquainted with the regular and constant feedback.

Instead of a team that comprises only testers, in Agile testing, a complete batch of testers, analysts, and developers is involved in the testing process.

Because of the entire business team participating in every iteration, and the subsequent continuous feedback, the speed at which feedback is received increases considerably.

Agile testing supports the re-use of checklists to match the pace of dynamic customer requirements. As a result, less paperwork is called for in terms of instructions and details.

The impromptu detection and addressing of glitches and snags in software ensure that the final product is the best version in the offering.

In Agile testing, the process of evolving an effective product is test-driven rather than being production-driven. The tests do not happen in separate cycles here.

The ultimate goal of Agile testing is to satisfy customers optimally. The product is made available to customers while it is the development phase. Consequently, customers can adapt to or redefine what they want. This ensures customer satisfaction of the highest order.

There are five distinct Agile testing methodologies, as mentioned hereunder:

The entire Agile testing process is the summation of the following sub-stages:

Another hallmark of the “Agile” way of testing are the four core values associated with it. These values act as a guiding force for management in developing software. Let’s have a closer look at these values.

1) Individual and Interactions Over Processes and Tools: The fact that processes and tools are important aspects of the development process needs no corroboration. However, it is the relevant people and the communications that spearhead the process by leveraging these tools in the best possible manner. This results in prompt responses to change and adequate disposal of customer needs.

2) Working Software Over Comprehensive Documentation: Instead of emphasizing on huge piles of documents comprising technical specifications, interface design specifications, and other aspects, Agile software development involves summarized documentation mainly in the form of user stories. The same principle is applied in Agile testing, where testing is given more precedence over hefty documentation that merely points towards an objective. However, the importance of documentation is not undermined and some of it is preserved to maintain the flow among team members.

3) Customer Collaboration Over Contract Negotiation: User interaction is put right at the heart of Agile testing. Regular interactions with customers in the form of periodic demos and questionnaire sessions ensure that the development is aligned with the needs of the customer. In the Waterfall method, customers used to negotiate the product requirements before starting the development and were not included throughout the process.

4) Responding to Change Over Following a Plan: While planning equips testers with a strategy to reach the goal, it limits the ability to respond to changes that come along. On the contrary, Agile testing is marked by accepting changes on the go and quickly optimizing the product as per the changed circumstances.

Agile Testing has made software development a more easy and enjoyable process. A basic grasp of fundamentals of Agile testing by testers coupled with the striking pace of project completion helps business enterprises in the following ways:

The group of Agile testers in a project is involved from the beginning until the end. Working with developers in tandem, they facilitate reviews on each feature of the product along with streamlining a coordinated approach. They also help developers by presenting them with various scenarios so that coding can be improved.

While testers are entrusted with the responsibility of carrying out tests related to functions, integrations and, regressions, developers perform automated unit tests to fix basic bugs at the early stage. This acts as a two-step verification and enhances the overall product quality.

Conventional Waterfall testing requires the product to revisit the development stage to factor in changes in the product dynamics that appear at a later stage. Ultimately, the costs involved shooting up, affecting the overall financial particulars. Instead, in Agile Testing, these changes can be easily conveyed by testers to the developers and can be incorporated just in time.

Agile testing allows testers to write test cases and investigate test data well in advance while the coding happens parallelly. This ensures that testers are ready with all the prerequisite testing requirements the moment the product reaches them for testing.

Profile of an Agile Tester

While Agile testing is currently the talk of the town, becoming an Agile Tester requires a good command over a host of domain-specific skills. The profile of an efficient Agile Tester must include:

Software development is a complex prospect. It demands a collaborative effort of people who hold expertise in diversified technical fields. Given the merits of Agile testing, many organizations smoothly make a transition from old to new. A study conducted by the ResearchGate foundation highlights how Agile testing has impacted large scale projects and how the coveted Israeli Air Force was able to make the most out of it in its complex software development ventures.

A recent report published by the Journal of Theoretical and Applied Information Technology extensively touches upon how Agile development testing has considerably affected the quality of products and operations across departments, not just limited to IT.

When it comes to organizations having a multinational presence, some famous names have fruitfully leveraged Agile Software Development. Three of them are:

Google: With time, Google has rolled out multiple products starting from Gmail to the latest Google Assistant. All these components are based on state-of-the-art software programs. Moreover, they require regular updates coupled with extensive testing to withstand the force of change in requirements. Therefore, for the said purpose, Google uses the Agile methodology for the best results.

ANZ: Australia and New Zealand Banking Group have adopted Agile methodology in its banking application since 2007. The banking powerhouse has acknowledged how it has been able to present itself in a better way to its customers by regularly introducing and testing updates monthly.

Spotify: Famous music streaming app works on Agile principles by dividing its workforce into smaller units and allowing them to work on particular specializations. It also introduces tweaks on its platform at regular intervals, which are backed up by reliable Agile tests.

Technology is the lifeline of the human race today. While innovations in terms of mobile applications and effective software continue to influence the lives of thousands of enterprises, simple and efficient processes like Agile testing remove all the bottlenecks during their development.

At Mobisoft, we provide the best Agile Software testing services at affordable costs. Our team of experts understands your requirements in detail and strives to present precisely what you’re looking for. We have helped several clients in optimizing their operations by leveraging the benefits of Agile development testing.  Reach out to our team today and get a step closer to better productivity!

Ravindra Waghmare is the Co-founder and COO at Mobisoft Infotech. He is an expert in solutioning, software consultancy, process definition and improvements, business analysis, and project execution. He has 11+ years of experience in software development,consulting, delivery, company operations, talent acquisition, processes and sales. 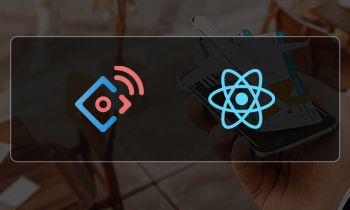 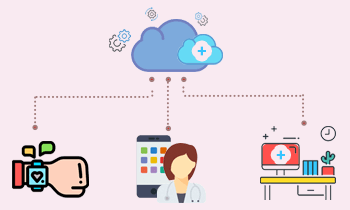 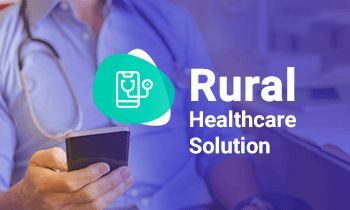