In today’s fast-paced, digital world, web and social media are the primary sources of information. The way users search information and the result they expect, are co-evolving with the sophistication of these resources. Now everyone expects direct answers to their compositional and complex queries, rather than document retrieval or factual question answering approach.

Although, this research paper isn’t a notification that Google is going to implement a new algorithm or any kind of announcement. But in future, if it gets implemented, it will change the way ranking system works and also influence the traditional ranking factors that determine what gets ranked.

The research document states, “In the face of complex information needs, humans overcome uncertainty by reformulating questions, issuing multiple searches, and aggregating responses. Inspired by humans’ ability to ask the right questions, we present an agent that learns to carry out this process for the user. The agent sits between the user and a backend QA system that we refer to as ‘the environment’. We call the agent AQA, as it implements an active question-answering strategy.”

In the research paper, Google discussed a way to reformulate queries before presenting them to a ranking engine. Google already use Query reformulation and stemming. This is just another form of that approach.

The query reformulation part is dubbed as AQA, active question answering. In the present ranking system, when you type a query, Google’s ranking algorithm starts working and returns relevant results in response. But with AQA in the process, before presenting the ranked results in response to your query, the machine learning algorithm, also called agent will analyze that query then formulate the follow-up questions.

Interestingly, it’s a machine learning algorithm with Reinforcement learning approach, where an agent learns to behave in an environment by performing certain actions and observing the results.

Moreover, this algorithm is unaware of the working of the ranking system. It asks questions like a black box algorithm and learns. The learning system used by this algorithm reformulates users’ queries, ask a number of questions from ranking engine, then choose the best-suited answers from a large set of answers.

How This Algorithm Works?

The above figure shows the AQA agent-environment setup. It summarizes the working of this machine learning algorithm. When user asks the question, the AQA model interacts with the black-box environment. AQA, or say an agent reformulates that question into many version and submit those versions to the ranking algorithm. Lastly, the ranking algorithm returns multiple sets of answers and agent returns the best of the answers.

Why This Algorithm Matters

This machine learning algorithm has come with one of the strongest approaches, called Reinforcement learning. This approach is gaining traction in understanding natural language across many problems. It was also used to learn to play Go and video games like Doom.

This algorithm is getting SEO attention because it’s acting as an agent between users and regular ranking algorithm and making the decisions. Hence, rather than letting search engine decide what will be displayed to the users in the search result pages, this machine learning algorithm is deciding on its own.

This is a challenge for the SEO community that traditionally believes that search engine is solely responsible to rank web pages. As per the traditional understanding, ranking factors such as links, anchor text, text in title tag were some of the deciding factors and help ranking one among ten in the search result pages.

Even though factors like links are still considered important to rank in the search result, but with the new, machine learning algorithm, links can contribute to ranking only, won’t be a deciding factor. There is another algorithm that decides what pages are the best answer to a particular question, based on the set of pages it received.

You probably have observed a web page with fewer links ranking above other link-rich pages. It’s similar that an algorithm is working between users and ranking algorithms to decide which kind of sites would be a better answer for user’s query. Perhaps in this process, Google’s answer box is the rudimentary step and it shows the answers what it finds as the best to the queries, regardless of the ranking of web pages.

You might have understood the importance of this algorithm, and now let’s talk about how can this affect SEO.

Currently, from Google’s existence to date, for each keyword, the sole factor responsible for determining the webpage’s ranking in SERP, search engine result page is the ranking algorithm. If Google adopts this new system, the agent will make ranking decisions by using the information provided by ranking algorithm.

Hence, what really matters is how well the content is present on the webpage answering the question asked by users, and the effectiveness of follow-up questions that are being devised by the agents.

You clearly need to increase your efforts on understanding users’ intent. You should be clear about the questions your prospects may have. You can take surveys and increase your social listening skills. It helps you provide answers to the queries users have about your services and products.

It’s going to be crucial to focus and make continuous efforts on keeping visitors on your site till they convert, if this is how you define conversions, because it won’t take them long to explore your competitors’ sites if they don’t find specific answers to their queries. Along with that, monitoring site traffic will be crucial too, if Google implements this machine learning algorithm. At last, one thing is clear that doing what you have been doing is not going to help you in the long run. 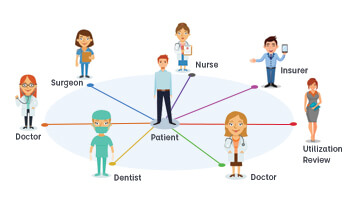 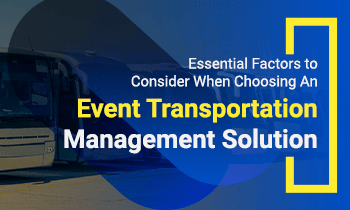 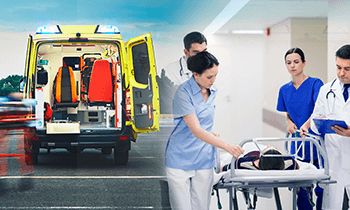 How Can Mobile Technology Bridge the ED-EMS Communication Gap?