How Much Does It Cost to Make a Mobile App?

Thinking of developing an app?, But do you know how much time does it take? According to the survey of 100 mobile app developers, by research firm, AYTM, it takes almost 18 weeks to develop and publish a standard native mobile app, with all back-end and front-end process. The ‘time’ factor and the cost of app development are interrelated.

Demand for developing the mobile app is massive and growing. In order to know about how much does it cost to make an app, it’s important to know a few things such as how much time will it take to build the app?, What type of app is being developed?, What is the app development process?

Before knowing the cost of developing an app, knowing the crucial factors that are going to impact app development cost is important:

The price of developing an app may vary, depending on the which platform you choose such as Android, iOS or both. You also need to decide on the type of device it will run on, for example, a mobile or a tablet.

Here you need to decide if you should build on native, hybrid or a web app. Apps usually built on native platform provide best user experience, but it is expensive to keep native apps updated and to develop across multiple platforms. Hybrid, on the other hand, costs less as compared to native app development and can be built faster across multiple mobile platforms. The web app is best when there is a minimum requirement of native gestures and no requirement of mobile device features, web app development is one of the most inexpensive options.

Business Model helps in deciding the cost of the app. The ultimate goal of your business model is to make a profit. How much does it cost to make an app depends on the way you offer the app, i.e. if an app is free to download and use, if it is being charged via in-app purchase or if it is sold for a fixed price. For instance, if you decide to build the in-app purchase model, then it will take a long time to implement and the cost will also increase.

Mobile app cost also depends on the designing aspects of an app such as app complexity, designer’s level, and geographical location and project size. To look the best, the app also needs icons, tabs, buttons and many other features to increase user engagement. An average app design can cost anywhere from $20000 to $35000 and more. The cost also depends on the designer’s and developer’s experience, the mobile app development company, and hourly rate.

Wireframing is also the part of app design. Wireframes include the minimum model of layout and structure of each screen. With the higher number of features, the time required will increase, along with the increase in cost, due to the more complex design.

Third Party Integration is done to enable certain features in the mobile app. This integration can increase or decrease the cost of your app. For example, there are services that provide infrastructure to build apps with features such as video streaming, chatting etc. Third party integration model is on a subscription basis and pricing depends on usage.
Mobile App Development Stages

The process of mobile app development has the following stages:

The designing cost of an app initially depends on the complexity of an app. If any of the iOS or Android app doesn’t require any complex design than the time taken to design an app will be less and the cost will also be less. App design is calculated on the basis of project complexity.

This includes market research, customer research etc, depending on the requirement. The estimated time taken is 20-40 hours

It includes the look and feel of the product. The tools used for visual design are sketches, InVision, Pixate and other software that can make the design appear more realistic. The estimated time for visual design is around 80-200 or more hours, depending on the complexity of an app.

Simple App: Simple app designing usually includes one platform and standard UI components. Time taken to design simple app is around 100-150 hours. If we calculate the cost based on $50 per hour rate, which is considered as near average cost. Then the simple app design will cost you around $5,000.

Middling Complexity App: This type of app design includes additional screens, complex interactions, and different content types. Time taken to design Middling Complexity app is around 200-250 hours. It can cost around $10,000 on the basis of a $50 hourly rate.

Complex App: the Complex app has two or more platforms and includes the variety of features. The time taken to make Complex app design is around 400 hours and the cost of designing is around $20,000 on $50 per hour basis.

The cost of developing an app depends on the complexity, features to be included, the platform on which the app will run and other factors. The cost of Android and iOS app development depends on the time needed to implement certain app features.

Average time and expenses for development

To give you a general idea, if we take the rate at $50 per hour as an average then,

Basic App– 3 to 4 screens, one basic function, and no data storing:

Developing a basic app with simple functions, take around 300-600 hours, so the basic app will cost around $15000 for development.

Complex app development is more time consuming and has a number of features. Hence, the time taken to develop a complex app can be 1200 hours or more and can cost more than $50,000.

These are some influencing factors that contribute to the app development cost:

The requirements need to be tested includes:

Real devices are stronger and steadier, they provide true User Experience (UX) and offer the tester to test the real-time scenarios. Real devices are costly as compared to the emulator. The cost of obtaining and managing the real device with logistics is high. The cost of buying around 12 devices can cost around $270-$400 each and this alone can quickly drain out your budget.

Generally, Automated testing is considered to be good for a big and complex project. Automation testing tools are expensive in the short-term but can save the money in the long-term. Manual testing is time-consuming and sometimes tedious and requires investment in human resource.

Google charges the one-time registration fee of $25 which you need to pay before uploading your app on Play Store. While Apple charges $99 per year and Microsoft charges between $12 to $99 per year depending on the account type.

There are no hosting fees charged by Apple and it handles all payment processing. You receive 70% of sales revenue for your app.

The maximum amount of APK published on Google Play is 100MB. If you publish your application and make it free, you cannot at a later date start charging for the same application. This is one of the rules of Google Play.

The cost of developing an app doesn’t just end with the development of an app. The maintenance of an app is also a very crucial part after the app is developed. Generally, the app maintenance cost ranges from 20-30% of total cost of mobile app development. For instance, if you develop an app for $200,000 then you will need to pay around $40,000 per year for maintaining that app.

The maintenance plan should also include what new features and functionalities will be introduced, and when. According to the survey by Forrester, 30% of companies update their mobile app at least once each month, while 53% do it every six months.

For enhancement and maintenance phase of an app, the budget is needed to be set for various activities during the lifespan of an app such as, major updates, technological advancements, software and hardware upgrades, creating bug fixes, addressing new threats and UX & UI optimization from user feedback.

According to the survey carried out by Vanson Bourne, Maintenance and support cost of an application is 38% of IT budget of Global 2000 companies. This is around $11.3 million for each company.

As more traffic will drive in, the higher will be the maintenance cost.

Maintenance cost also depends on the platform on which the app is being developed. The cost of mobile app development in HTML, CSS, and JavaScript is typically less than developing an app in Java or Objective-C. Maintenance cost for native apps is more as compared to the Mobile Web and Hybrid apps.

The app needs to be re-built for each native operating system. Around 70-80% of the cost used to build the first platform is needed to build the second platform as well.

Smartphones are fast becoming a favorite smart device for users. The mobile app just built better is not enough, it needs to gain the crowd’s attention. Users should be able to see the app, try it and like it, and this is not possible unless you tell them about your app. Letting people know about your app is possible only with the help of marketing.

App marketing cost is not fixed, it depends on what type of marketing channel you choose.

Marketing or advertising an app needs a proper budget. To calculate the budget you will need to decide, how many users you should have, what is the cost per install to arrive at the daily ad budget.

The Concept of Cost Per Install (CPI) in App Marketing

Cost Per Install or CPI comes with multiple benefits. CPI is cost-efficient as the app has to only pay when the user downloads the app. CPI campaigns are specific to mobile apps. To drive installation of an application, publishers place digital ads across the different range of media.

Other best ways to promote your app are

iOS or Android: Which Platform to Build the App First?

Apps should be created for both the platforms, since creating an app for both would cover 90% of the smartphone market. The question on which platform should be app first build on depends on many factors

Finally, the timeline, your development team, cost-increasing app features, and post-production maintenance are the factors that determine ‘how much does it cost to make an app? 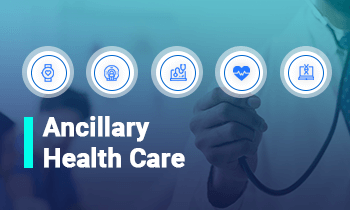 How Ancillary Technology Is Transforming The Healthcare Industry? 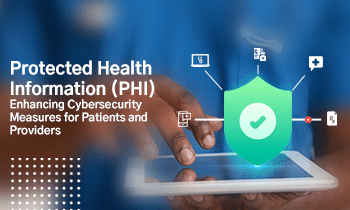 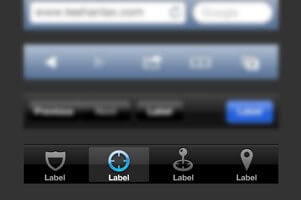