How will Virtual Reality change our lives?

Virtual Reality (VR) has arrived – it truly has. It is no longer one of those things you read in the newspaper and that sound like science fiction. In the past year, VR has become the hot topic of the town.

You don’t have to read up science fiction to travel somewhere, just put on your glasses and you’re ready to experience a new world. Facebook has been making 360-degree videos for a truly virtual experience. NASA has released some too, including one on Mars, captured by the Range Rover. And you have the Oculus Rift available for sale as soon as August 2016, if you can shell out $599.

While Google Glass may have got back to the drawing board, Oculus Rift and Microsoft’s HoloLens seem to be going strong.

What can you do with a Virtual Reality headset?

These virtual glasses help you experience another environment without your physical presence. The possibilities are endless. Imagine Virtual Reality as the world wide web almost a couple of decades back – we haven’t even begun to explore the possibilities.

Around the world in eighty seconds

Perhaps, one of the most exciting possibilities that Virtual Reality brings to the forefront is that you will be able to travel the world sitting on your couch. Do not worry – the boundary of where all you can visit isn’t confined to this planet. NASA came out with a 360-degree video for you to explore Mars. Oculus Rift already offers plenty of such ‘traveling’ experiences, though it is not the peak of such technology yet.

Why Would You Want One?

Virtual Reality has the power to make you feel exactly like you are already there. You can choose your favorite tourist spot and your brain will mimic the feeling it gets when you actually make memories. This is because human being primarily uses their vision to access a large chunk of their innate cognitive ability – as much as up to eighty-five percent.

The possibilities in business

The most diverse possibilities arise in consumers’ interaction with businesses. Virtual Reality can basically create the kind of environment you want – whether it is elegant, chic or sophisticated – and once Virtual Reality has progressed enough, it will become hard to tell it even apart from reality. Imagine the use of this tool in restaurants to give you overall experience.

Think of the real estate business – builders will be able to show investors exactly how their estate is going to look and feel after it is completed. Now stretch this to the marketplace when a consumer is scouting for an apartment or a house. Although there is some time to go for this to become a truly efficient process, Virtual Reality is growing mind-bogglingly fast. In fact, only last year Virtual Reality and the related concept of augmented reality raised a hefty $650 million, and this was in the early stages of 2015 alone.

Now imagine this concept in any kind of business today – using it to create a social platform where you can literally ‘hang out’, having virtual gyms, creating a virtual workplace – it will almost be akin to teleportation, albeit in the virtual sphere.

Only the best seats

Virtual Reality has another extremely lucrative opportunity – selling front view tickets. You will be able to watch your favorite match from the front seat, so to say; you will be able to attend your favorite rockstar’s concert while being in the VIP box – all of this without actually going there. This can be applied to almost any arena which includes tickets, and people will willingly pay for it.

In fact, this possibility is the closest to being realized in the mainstream world. In January, iHeart Radio and the Universal Movie Group announced that they will be using VR experiences for some of their concerts. This will be accessible to a large number of US audiences and will be used in 2016 itself.

Traveling for work will become redundant

At present, a lot of people travel daily for work-related conferences and meeting, because the only other alternative is video conferencing which is nowhere close to the real thing. Virtual Reality will enable professionals to meet without actually leaving their individual spaces. This will not only increase productivity by cutting down on time and resources wasted on work-related traveling, but it will also eliminate the need for copious note taking because attendees will be able to go back to the exact moment where they got a particular piece of information in the meeting.

The implications of Virtual Reality for NASA are huge. Although science has progressed incredibly and made space exploration something that wasn’t even considered possible a few decades ago, one of the things that have constantly fallen below expectations and has been riddled with inaccuracies is the interpretation of 2D rover images. Experts with two decades of experience in doing so are prone to a lot of error. Virtual Reality with the help of Microsoft’s HoloLens is attempting to fix this. This program has been named OnSight.

Mars is being explored today, but with sufficient Virtual Reality development and more knowledge about any area is spacious, the technology will take space exploration further by decades. In the future space exploration will also become more focused on training astronauts in real time (virtual time?) before sending them on major space missions. This will allow for better acclimatization to the surroundings and thus more successful missions.

So although you will not see a large population of the people roaming around with their VR headsets on, are on a path to that day. However, along with the possibilities, the VR technology and equipment itself is improving and becoming smaller and more efficient. The present is quickly changing, though, and with the way VR has picked up the pace in recent times, it is impossible to say when it may infiltrate our lives completely, and in time become as normal and usual for us as using the Internet.

VR is the future, and it is changing day to day life as well as how humans pursue science and understanding. Hololens and Oculus Rift is just the beginning of a story yet to unfold. 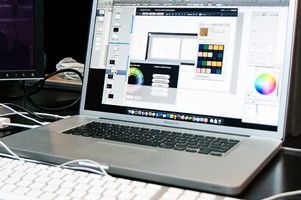 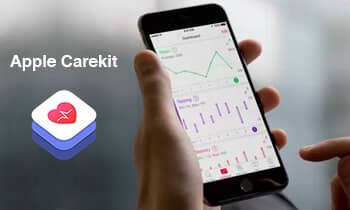 Everything You Need To Know About Apple’s CareKit 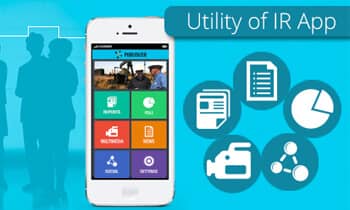 How Effective Are Mobile Apps For IR Management?