What to Choose Between Native App & Hybrid App – An Overview

The dependence on smartphones is emerging day by day. As a result, software developers do not miss any chance to develop mobile apps for varied applications and offer those to users. The industry of mobile apps is mainly based on rapid development in the IoT market as it enables taking hold of more information that is utilized to optimize and improve the application features used by end-users.

The most important factor that ensures the industry growth of mobile app development is high market penetration of smartphones, developing IoT market and wide usage of mobile apps. A Report says, in the third quarter of 2018, the total number of mobile applications in the App Store and Google Play reached 4.1 billion. The bar of competition is growing, but the market continues to grow. This growth has maintained its status in 2019 as well. Early in 2019, the share of Android apps was 75.16% and iOS 21.98%.

Taking a glance at the rapid pace of the mobile app development market, there is one of the things certain that every developer needs to offer flawless user experience in their apps in order to get ultimate success. Other than user experience, the user interface is another factor that needs to be focused on while developing a mobile app.

Are you planning to develop an app that can offer awesome user experience and also has a great user interface? Then you can explore the two important app types – Native app and Hybrid app. But which one will be the best for you? Well, this post will help you take this decision. When planning to develop an app, either a native or hybrid, there are quite a few factors you need to think about, depending on your business objectives and goals. Today’s post will guide you through all the information you need to know about Hybrid app and Native app development. At the end of the post, you will have a clear idea on which one will be best for you.

So, without further ado, let’s start the discussion.

Being a software programmer, a native application is developed in such a way that can perform certain tasks on a specific platform or environment. Native apps are written in the languages those particular platforms accept, for example, Objective-C and Swift are two common languages for iOS native apps and Kotlin and Java are common languages for Android Native apps. Native apps perform in a fast manner, has a responsive interface, are distributed in app stores, provide intuitive user output and input, do not always need an active internet connection. To sum up, these apps proffer great user experience but are quite expensive to develop as compared to other options.

Let’s have a brief view of its major advantages and disadvantages.

In the process of native application development, the coding is done for various platforms utilizing various programming languages specific to every operating system. Therefore, such an app has different versions, specially created for each platform and is specially built for a specific platform, it runs flawlessly over it.

Native apps have impressive speed and performance as they are optimized for iOS and Android OS. During the development process, every single thing is considered including the use of the battery and the memory of the smartphones. HD games, animation applications, graphical applications, etc. perform well in a native app, as the native code is faster than JavaScript and HTML.

Study says, “79% of consumers try any app either once or twice if it failed to work in the first attempt while only 16% of the users would give it more than two attempts.” Thus mobile apps should create a good impression to the users in order to not get deleted just after the installation. Thanks to native apps, you do not have to worry about this issue. They offer great scrolling, particular gesture recognition, awesome effects and excellent animations along with other appealing elements that, in a nutshell, deliver an impressive user experience.

Excellent efficiency of hardware resources is present in native apps, providing protection and security of user data with complete reliability.

As native apps are built to be suitable for different platforms, separate development effort is needed for creating and implementing the design for every device dimension in each platform. This increases development time.

In native apps, each platform code has its individual release cycle and updates. Moreover, to develop and maintain the same app on different platforms, you will need specialized proficiency for each platform. This increases the development cost.

In the development process of native apps, releasing exact same feature across all platforms at the same time seem challenging because of the diverse code base.

Considered as a combination of native app and web app, a hybrid app is built as a single app that works across various operating systems like Windows, Android, and iOS. It is developed with CSS, HTML5, and JavaScript. You can build this type of app for any platform using a single code base. It runs in webView and is capable of getting access to all the native platform features.

Let’s get a clear idea about its major advantages and disadvantages.

Hybrid app development can be done at once for all kinds of platforms. There is no need to hire a different programmer for each platform. Thus the development cost reduces.

Considered as web app incorporated in native shell, a hybrid app can be updated as many times as per your need or preference. It runs without much maintenance.

As a hybrid app is based on single code across all platforms, you write once and make it run anywhere. Thus if you want to make your app go live quickly and stand ahead of your competitors, you should choose a hybrid app development option. You can develop a hybrid app in a short span of time and market it in a rapid manner.

Though hybrid apps perform almost like native apps, when it comes to 3D or HD games, high-graphics based apps and other high definition performance-centric apps, there’s a possibility that hybrid approach may not go well.

A hybrid app creates an additional layer between its source code and targeted mobile platform, specifically the hybrid mobile framework. This layer can make debugging processes problematic. To avoid such issues, the developers need to depend on the work strategy itself to manage the work properly with the targeted operating system without highlighting new bugs in the application.

Hybrid apps cannot perform independently all the time. They are dependent on native plugins, various frameworks, for example, Cordova, Ionic, etc. that have to be in sync with the latest platform version releases and updates. The problem arises when a completely new device feature remains unavailable as a native plugin. Though you can write your own, it adds complications to the development process.

Now that you have got detailed information about both types of apps development, it’s natural for you to feel confused about which one will be the best for you. Before coming to the final decision of picking the right type of app, let’s compare these two apps.

Secondly, native apps offer smooth user experience because they are particularly developed and designed for a single app store with which your users can get the best compatible apps. According to every platform, the screen size and hardware capacity are taken care of. On the other hand, hybrid apps have just one application code across all platforms. Thus these apps cannot provide the best user experience.

Last but not least, as the native apps are focused on specific device platforms, they have better user interface than hybrid apps.

Which One Is Best for You?

At the end of the discussion, one thing is clear that native apps are developed with fine features and technical advancements whereas hybrid apps are less time -consuming and developed with budget comfort. Both of them have their own positive sides and pitfalls as well. The final decision will be yours. Now as you are well aware of the strengths and weaknesses of both the apps, depending on your needs and objectives, you should choose between these two apps. If you have a shoestring budget and still want to develop an app that can perform across multiple platforms, you should choose a hybrid app development option. But in case you want to spend a great amount of investment and develop an app for any specific device platform then you should opt for native app development option.

The Final Take Away

Native app and Hybrid app development have their own advantages and disadvantages as discussed earlier. After going through your business requirements, consult a proficient app developer who can turn your ideas into reality with utter efficiency.

Have you developed a native or hybrid app earlier? Feel free to share your experience. 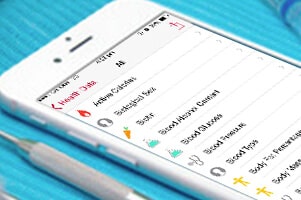 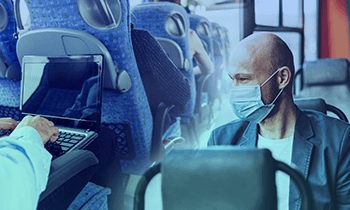 What are the Benefits of Adopting an Employee Transport Management System? 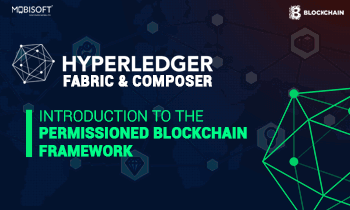