Why Should Companies Use the Golang Programming Language?

Many developers regard Go as the replacement to C and Java because of its simpler syntax and interface. In addition, it makes writing code easier, making it ideal for new developers.

But is the Golang programming language ideal for large-scale business projects, and should you use it for your software development requirements? Let’s find out.

What is the Go Programming Language?

The Go language, also known as Golang or Go, is an open-source, statistically-typed programming language used to produce compiled machine code binaries. Google introduced it in 2009, and thus, it’s also known as Google Go Language. When it comes to syntax, Go is similar to C; however, it has additional capabilities like garbage collection, memory safety, CSP-style concurrency, and structural typing. There are three common ways to implement Golang, as mentioned below:

Some key features and characteristics of Go are:

Pros and Cons of Using Golang for your Business Projects

By looking at the characteristics in the previous section, Golang seems like a modern-day upgrade to the C language. It has a similar syntax but with additional features, richer library packages, and cloud support.

The Golang programming language has gained popularity in the past few years, and there are numerous reasons to use it. However, it has a few drawbacks as well that you should be aware of. So, let’s take a look at the pros and cons of Go language programming for your business projects.

Just like Python and JavaScript, Go is easy to understand and use. This syntax is simple, making it accessible for beginners. There aren’t many complex functions that one needs to learn. Moreover, Golang is easy to read, making it an excellent pick for legacy coding involving several coders. Moreover, its proximity with C-style languages makes it easier to learn for programmers proficient in C, C++, or C#.

Simpler code is usually safer than complex code, and that’s the case with Golang. Since it’s a statistically typed language, there’s no need to bother about finding errors from myriad variable types. It also has a garbage collector feature that prevents memory from developing in the code. Recognizing errors is also easier with Go.

If you’re tired of importing or learning complicated secondary libraries, the Golang programming language will put you at ease. Its standard library is rich and informative but not overwhelming. In addition, it provides you with an effortless way to include data structures into your code. As a result, you can accomplish complex tasks with a single line of code in Go, which would otherwise require tedious workarounds in other languages.

Google identifies the need to document programs. Thus, Go comes with smart documentation despite being simple to read and write. There are standard policies documenting all libraries and functions. You even receive alerts when you forget to put documentation when necessary, making it a critical asset for new programmers.

Google is here to stay, and so are the programming languages and frameworks it backs. Just like Flutter, Go will continue to receive Google’s support in the upcoming years. So, developers can look forward to new updates and developments in the language.

1 Can be too Simplistic

While ease-of-use is one of the biggest advantages of Golang, it can also turn into a drawback. Since it’s easy and simple, it lacks versatility and high-level functionality. On the other hand, some of the most popular languages in the market are proud of being complex. For example, languages like Haskell and Swift have a strong following because they’re complex to learn and allows coders to achieve a wide range of clever results.

While Go has had a terrific start, it’s still too young to compete with veteran languages like C and Python. Its library is smartly and efficiently designed, but it can’t compete with languages like Java, whose library comprises a massive collection of code. By all means, Go can catch up in the years to come, but that time is a bit far.

Golang doesn’t have a virtual machine, which was a conscious decision. Though it results in ease-of-use, it has become one of Go’s biggest disadvantages. The majority of languages nowadays are based on virtual machines (VMs), making the coding process faster and more efficient.

Golang can be an excellent choice for single-page, cross-platform apps. However, it doesn’t have a GUI library, so you’ll need to spend a lot of time and effort to connect a library to your app. This is unlike native solutions like Java and Python that come with in-built libraries.

5 Yet to Find its Niche

Go programming is an amazing skill to have if you work at Google or intend to work at Google. It’s become quite popular inside the Google circle, but it hasn’t found its place outside in the bigger world. We have to wait to find out where Go stands in the larger programming ecosystem.

When to Use the Go Programming Language?

Now that you’ve gone through the pros and cons of Go, let’s discuss specific Golang use cases when you can use Go for your business projects.

The Golang programming language is an excellent option for cloud-native Golang software development and microservices. Being a modern cross-platform programming language, Go lets you build dependable and flexible cloud applications easily and quickly.

If you’re looking for a programming language for a web production and reading scalable multiprocessor frameworks, Golang can be an ideal pick. It allows you to develop mobile applications from scratch and lets you generate authentication mechanisms for superior security.

CLI, a text-only interface, follows principles that facilitate task-based automation. Golang provides an interface that enables you to develop CLI-based infrastructure and apps with automation and remote capabilities.

With Golang, you can build and maintain flexible and scalable databases. It allows you to work with various database packages like Oracle, SQL, MongoDB, MySQL, BigQuery, etc. Some drivers and libraries available in Golang are CockroachDB, Bleve, InfluxDB, and GORM.

The Go language is gaining significant popularity in Site Reliability Engineering (SRE) and DevOps. Since the Go programming language allows you to build once and promote anywhere, it’s ideal for projects based on CI/CD approaches. With Go, you can improve CI/CD processes and enhance the scalability and reliability of the websites.

If you’re looking for a programming language to build utilities and other resources, Golang can be an ideal pick. In Golang, you can compile programs to binaries with negligible external dependencies. This way, you can deploy and bundle for redistribution in less time.

Network systems rely on concurrency. Golang comes with native concurrency features, such as channels and goroutines, making it ideal for working on network systems. GoLang can be the perfect pick if you want to build programs focusing on networking, cloud resources, and remote functions. For example, you can use Go to build database servers, web app architectures, and APIs. Several global organizations use Golang. Let’s look at some major use cases of Go.

Go is still a young programming language, and it’s yet to reach the level of its more mature siblings like Java and C. But it has had a promising start, with various global enterprises like Uber and Netflix using it. And since it’s backed by Google, it’s safe to assume that the Go programming language will continue to grow and get better in the future years. If you’re looking for a simple yet robust programming language with a wide range of applications, Golang can be a perfect pick for you. Also, if you want to hire Golang developers, Mobisoft Infotech can help. Contact us today. 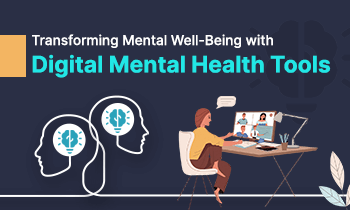 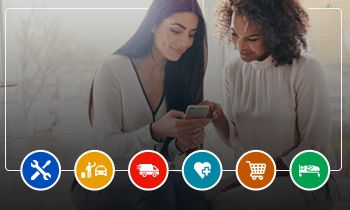 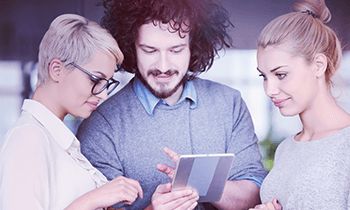 Key points UI designers should know when designing for iPad