Times are changing. Mobility is a top priority for enterprises and developing apps for the major platforms is a must as it contributes to the branding and profits of the organization. Native implementation for the major mobile app development platforms – iOS, Android and Windows remains a challenge due to cost and time being a significant factor.

As the fundamental code base is not platform agnostic, this implies that the development costs are directly proportional to the number of platform the enterprise chooses to support (along with the skills needed for mobile app development). Also, once the app is launched within the respective App marketplaces, maintenance and support costs can prove to be costly, as different skill sets are needed for different apps respectively.

These native apps are written in the programming language, C# and are efficient, easy and fun to develop by using the best software development tools available which includes Xamarin Platform, Xamarin Test Cloud and Xamarin Insights.

Xamarin Application Development differentiates itself in a number of ways

How does Xamarin effectively reduce Cost of Mobile App Development?

Mobile apps work best when they’re designed with a particular type of device in mind. Xamarin effectively compiles the code which has been created for an app designed to specifically operate on a single type of device, so that it can be reused when developers are building a version which operates on another type of device.

For eg: if you are building an app for an Android device using Xamarin.Android, you will be able to use 80% of the code when you switch to building the app in Xamarin.iOS. The other 20% will go into the user interface which is completely unique to iOS devices.

Thus, instead of building two different apps right from scratch to deployment, mobile app developers build just one and the other one for another platform is already ready. Naturally, this shared code results in significant cuts on the development process, which in turn reduces costs!

If leading mobile app development companies are stuck to the traditional native approach to developing mobile apps, it would need developers who are proficient at Objective C to work with Apple apps, Java for Android and C# for Windows apps and for a developer to toggle back and forth between all these languages can be quite a task.

Since most of the enterprises allocate teams dedicated to respective mobile app development platforms, Xamarin app development will significantly reduce the number of developers needed for each app individually.

Xamarin requires you to be well-versed in C# only and instead of working for various Integrated Developer Environment (IDE), developers can work in Xamarin Studio which provides all the Software Developer Kits (SDK) which are required to build apps for various devices.

The ultimate result of your mobile app would either generate increased customer engagement or a high ROI (Return on Investment) for your business processes. Depending on the time taken for development, you can experiment with a great variety of apps. But before they go live, quality analysis and testing play a major role. Xamarin Test Cloud automates the functionality of your app and tests it on multiple devices automatically and is thus an important aspect of the development process.

Xamarin Insights can then be used post app launch, to track analytics, performance and usage patterns thus being alerted about sudden crashes if any and also how users are responding to your apps. With the help of these accurate statistics, you can track behavior patterns with prior versions of the mobile app and thus build customized newer versions according to the insights.

At Mobisoft Infotech, we have a team of professional developers who possess a thorough understanding of Xamarin technology in order to create effective Native UI across all major platforms. 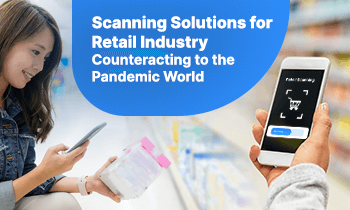 Scanning Solutions for Retail Industry Counteracting to the Pandemic World 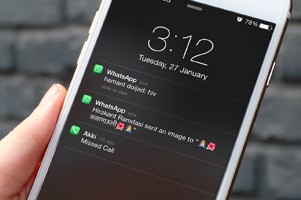 Android fragmentation, Google’s iron grip and why Google is right!