FocusToGo is a food-tech company from Houston, Texas. It aims to empower small shop owners to bring their To-Go food services online. It gives the owners better visibility in the incoming orders, limit the wait times for customers, and enables them to compete with drive-throughs without compromising their unique offerings. The platform enables the users to order food online in advance and collect it after sometime so that they don’t have to wait in the queue while the order is being fulfilled.

Like many startups across the world, developers at FocusToGo recognised the convenience provided by Parse hosting platform to build a solution at minimal cost and very little server side overhead. However, the announcement from Parse to shut its operation was a shock to them as well.

Even though Parse had given the path for Parse migration, it was quite a tough task to evaluate the different options, build infrastructure in cloud and migrate to it. The team needed to build an infrastructure with minimum cost, which would be secure and scalable.

In addition to these terms, FocusToGo also wanted to minimize the expenditure while moving to the new platform. They didn’t want to build in-house server side team immediately and would ideally start with a small setup in cloud which should be scaled organically in future.

Mobisoft’s cloud team evaluated various options of Parse hosting Server. The users of the company were located only in US. One of the success criteria was that systems should be self sustaining and should not require any system administrator once the app is deployed. The Heroku + MLab combination fit the bill perfectly. As the users were in US, both these service providers made sense. MLab manages the hosted MongoDB, it has replica sets from as little as $15 per month. For a startup, it’s a great cost saving measure when they are yet to enter the rapid growth phase. Within less than $50, both Heroku as well as MLab can be managed.

We still used Amazon S3 for file storage as it was the cheapest and most reliable option, and used Mailgun for email.

The final infrastructure of the solution involved:

Greatest benefit of Parse to Heroku migration was to provide like-to-like match. The newly built solution had a free option, however FocusToGo chose for paid alternative. It alleviated the team from the responsibility of maintaining servers, upgrades, backups, reboots etc. At the same time the solution kept the option of future extensions open. The Heroku servers can be upgraded, so does MLab database. The option of Parse migration to AWS like IAAS provider although unlikely in near future, remains open for distant horizon.

With the rich experience of developing more than 300 mobile applications, Mobisoft understands the challenges of creating, hosting, and scaling the web backends. Mobisoft has provided solutions for the diverse industries and startups across the Globe and has a proven track record of years of delivering high quality apps. The cloud team at Mobisoft has worked on all the leading cloud infrastructure providers including but not limited to AWS, Google Cloud, Azure. Over the years, the team has also developed expertise in PAAS such as Heroku, Rackspace, Amazon Elastic Beans.

Mobisoft had existing clients who were using Parse which were migrated to Parse hosting environment, it lent first hand experience of migration and an unique view of the current status of Parse platform.

The competency in app development and expertise in Cloud services allow Mobisoft team to evaluate the options fairly, address the concerns proactively, and communicate effectively with app developers.

Pingin.Social
“Thanks a lot for successfully delivering the project, especially thanks to Hemant for all the hard work he has put in. We really appreciate it.”
– Sanjeev Kumar (CEO, Pingin.Social) 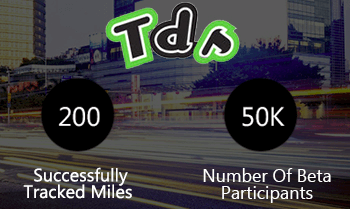 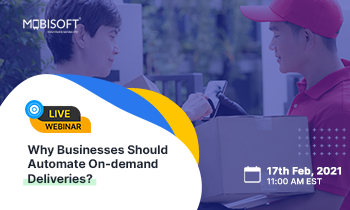 Why Businesses Should Automate On-demand Deliveries? A Webinar by Mobisoft 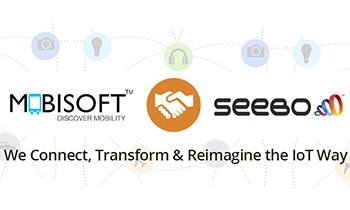