With the advent of the Internet, now companies could reach hundreds of millions of users across the world. For really popular applications, this meant that at one time millions of users could be active on your web application. With such kind of traffic, one single server, no matter how powerful, will not be able to serve all of the active users. So software architects tried to handle this problem with clustering web application servers behind load balancers. Shared Nothing Architecture is a set of guidelines which allow you to design web applications that can scale to millions of users.

According to the definition by Wikipedia, “A shared-nothing architecture (SN) is a distributed computing architecture in which each node is independent and self-sufficient, and there is no single point of contention across the system. More specifically, none of the nodes share memory or disk storage.”

Shared Nothing at Application Layer

To achieve horizontal scalability in your application, you can follow Shared Nothing architecture at application server level. In short, you move the shared resources to their own servers and make them available to all the application servers over the network. Mainly, you move sessions to a centralized server. This can be stored in the DB for smaller applications. However, since session check happens frequently, this puts unnecessary load on the DB server.

To solve this, you can store sessions in an in-memory cache such as Redis or Memcached. Since data is stored in RAM, it can be accessed quickly. To solve the file storage problem in a traditional data center, you can use NAS (Network Attached Storage) which can be mounted on all application servers. In modern cloud deployments, you have an object store like S3 which provides highly scalable file storage as service. (If you note, S3 itself follows shared nothing architecture which allows it to scale infinitely.) The obvious limitation of this architecture is that its scalability is limited by the scalability of the DB server. However, there are certain things that you can do to scale this architecture further.

Most of the web applications have some sort of search feature. Typically, this search feature requires a lot of expensive queries. You can offload this search load from your DB by using a dedicated search system. For example, Solr or ElasticSearch. Another improvement that can be done is using an in-memory cache in front of your database. For example, if a record hasn’t changed since the last fetch, you can simply pull it from the cache, instead of DB. While using such a cache you must make sure that cache is properly invalidated when a DB record is updated. This can be sometimes a bit tricky to get right.

Shared Nothing with Cache and Search System

As shown in the figure above, you can reduce the load on DB server by separating the Search System and using a cache layer in front of the database. Though this is still limited by a single DB server capacity, it can take you very far, with a beefy DB server. In fact, this is the architecture Stack Overflow uses. StackOverflow is in Top 100 sites globally. 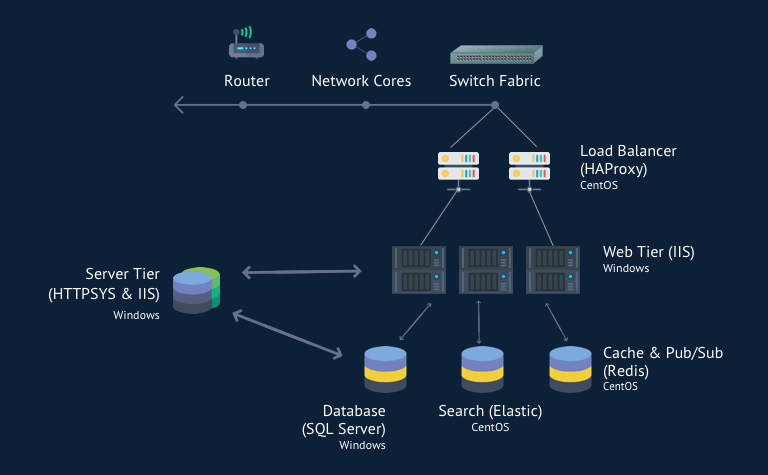 Shared Nothing with Read Replicas for DB

Most of the web applications are read-heavy. It is said that read-write ratio for most of the Web applications is around 90:10, i.e. for every 8-9 read queries you will have 1-2 write queries.  In such case, if one DB is not able to handle the read load then you can create multiple read replicas of your DB. You need to change your application in such a way that write queries go to the master DB and read queries go to read replicas. There are some tools out there which work as a proxy between your application server and your DB cluster. These proxies can automatically route the read-write queries to appropriate servers. This way, you can scale your application even further.

Shared Nothing with Sharded DB

If your application reaches a stage where even using the read replicas doesn’t work, then the last option you have is to shard your database. Sharding may also be required for some use cases which are ‘write-heavy’ instead of being ‘read-heavy’. Usually, in this situation, you break up your database in logical shards in such way that all of your online transaction processing (OLTP) queries can be fulfilled by a single logical shard. Each shard then can be served by its own dedicated DB cluster (Master and Read Replica). However, managing a sharded DB deployment is a complicated affair and shouldn’t be engaged in lightly.

If you have reached this stage, it means you have a successful application and you will have the resources to pull this off!

That’s It! I hope this blog has given you a high-level idea on how to architect a massively scalable application using Shared Nothing Architecture. 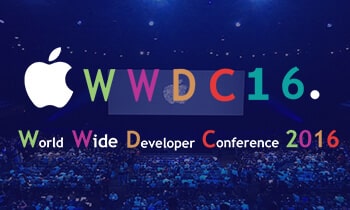 Apple WWDC 2016 Keynote: Everything You Might Have Missed Out On! 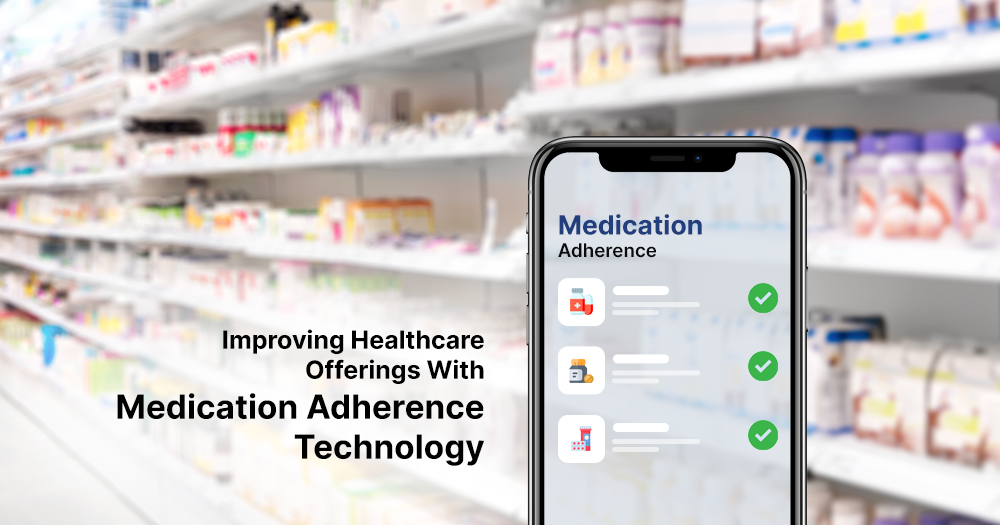