Greetings for the day!

We are here to announce our monthly newsletter program starting today. In each segment we will cover an array of topics that would revolve around mobility and the smartphone industry. Latest news and interesting feeds would be an add-on. We thought it would be a great start to spread consumer awareness and circulate useful information.

The buzz around ‘Internet of Things’ (IoT) is growing, and it is growing at a great pace. Talking about this phenomenon, I remember Bill Gates saying, “Eventually you won’t think of ‘the Internet business.’ You’ll think of it more like news, weather, sports, but even that taxonomy isn’t clear”. That’s the impact Internet of Things is going to create. It would be bigger than the Smartphone, Tablet, and PC Markets combined. With intelligent and smart living at its core, IoT has a massive potential.

Owing to the drone around internet of things making rounds lately, we have decided to dedicate this entire segment to this wonder, which is yet to come to age!

The findings of BI Intelligence proclaims that there will a huge number of enterprise as well as everyday devices ranging from parking metrics to thermostats, which will soon operate via the Internet. With an estimate of 9 billion devices and an economic value in trillions by 2018, the growth factor is immense for everyone associated with this domain.

Here is what the top businesses are riding on with IoT:

Cisco foresees IoT as a means to enhance the marketing strategies of a business unit and strongly believes it to be one of the top three contenders, along with telecommunication and smart factories. This is as good as imagining resetting the entire industry at the press of a button!

In a paper documented for the GSM association, Machina research predicts $100 billion dollar revenue or applications and services such as toll-charges and other congestion penalties by the year 2020. Apart from this, another revenue generation source is anticipated in the form of smart parking and space management, with an expected revenue of $30 billion.

A living example to prove this theory is the city of Cincinnati; where the waste volumes fell by 17% with an increased growth in the recycling volume that amounted to 49% after implementing “pay as you throw” program to monitor people who exceeded the waste limit through IoT technology.

Envisage smart electricity grids to help adjust rates during peak hours or during optimum energy usage! A saving of $200 billion to $500 billion is on the cards per year by 2025. The statistics have been revealed by the McKinsey Global Institute.

To set the record straight, Doha, Sao Paulo, and Beijing have reduced water leakage by 40% to 50% post the implementation of sensors on pumps and other reservoirs pertaining the water infrastructure.

Apart from saving resources and bringing in relief to the humankind, IoT will take Industries to an all time high with internet-managed assembly line, factory connectivity and checking-ins at the warehouses. Looks like the buzz will soon turn into high volume sirens!

Dropcam, a cloud based Wi-Fi video monitoring service that comes with free live streaming, two way talk and a remote viewing to ensure that you stay connected with people, place and pets, even when you are away from home, is soon to be acquired by Nest. Matt Rogers, the co-founder at Nest confirmed the news stating it is an all-cash deal, finalized at $555M.

Nest is been a part of the looming “Internet of Things” trend, which is trying its best to upgrade traditional homes through wireless connectivity. The move has gathered mixed reviews from clients and users. Nevertheless with Google’s money and their amazing team of researchers, Dropcam can emerge as a more intelligent and feature rich product.

War of the Titans

In the current scenario, intelligent devices are making lives better for humans. With a number of efficient and smart devices getting frequently launched in the form of a smart watch, smart sensors and the likes, we have certainly come a long way. Nevertheless, the better is yet to come and we never know what is still in store. Given the fact that these devices cater to only a select class, the outbreak of a revolution is yet to be witnessed. Needless to say that there are other third parties vying to place the cherry on the much built up hype. However, the question is can we bridge the gap between Internet and Things for a massive evolution or let a chain of entrepreneurs do the trick to attain this advancement.

Developer innovations backed with distinguished entrepreneurs can jointly boost the system taking IoT and core business to great heights. Certainly we cannot take sides but there is lot more in store for this progression called, “Internet of Things”

With numerous apps getting launched on a regular basis, how different is Catalog Pulse? In a nutshell, the app can help many giant as well as small players increase their sales figures and in turn the company’s annual turnover. It is already a hit among the sales team in many industry verticals with proven results in its collateral. Developed by Mobisoft Infotech, a company that specializes in the designing and development of apps, the app is a sheer delight and a pride to showcase!

More news and updates coming soon in the next edition… stay tuned! 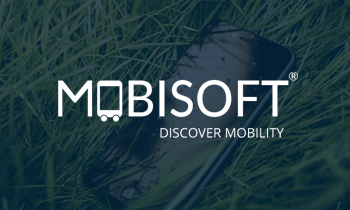