Behind Every Successful Organization there is organized, capable, adaptive and dynamic Team.

Times have changed and unlike the earlier times when a small-scale entrepreneur was able to build an empire single-handedly. In today’s business scenario, the environment has become so complex and competitive, that it is not easy to achieve success on your own. The business environment is in a continuous state of turmoil, and achievement of tasks depends more and more on the outputs of teams rather than efforts of a single person and there the term Team comes in existence.

A team is group of small number of people with complementary skills who are committed to a common purpose, performance goals and approach for which they are mutually accountable. ( Definition by Katzenbach and Smith – 1993 ). Different definitions are coined by many people for Team. But the purpose behind forming team remains same to achieve common objective.

There are some important aspects of successful teams as follows.

Aspects of the Team Building

To build an efficient Team, approach has to be dynamic and adaptive in this competitive world. However, there are certain aspects of team-building to be followed by the members in order to achieve the end target.

As we already know team is group of people with complementary skills who work together to achieve common goals. So it is important for team members to communicate with each other to and keep learning from each other eventually maximizing their strengths and weaknesses. However there are certain principles of team building.

Along with such principles there are some approaches to team building. There are five approaches that are generally followed.

Every individual has always been considered as asset of company. So it is important for any organization to take all such individuals together as a team to become a successful organization and team building techniques definitely make it possible.

Android fragmentation, Google’s iron grip and why Google is right! 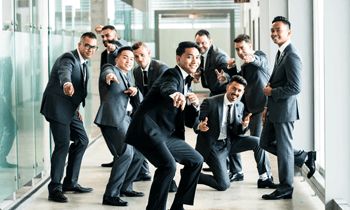