We have come all the way from simple route planning using Google Maps to the likes of on-demand transportation options that provide micro-transit services. It is one of the transportation technology concepts that aims to increase community transit while remaining affordable and accessible for all.

What Does Micro-Transit Services Mean?

According to the US Department of Transportation, a micro-transit service can be defined as a publicly or privately owned and operated shared transportation system. This may include fixed routes and schedules as well as a scope for flexible and on-demand transit service. The vehicles that are used may range from shuttle vans to multi-passenger vehicles and buses.

Take an example of shuttles that are available on the airport to take you to your hotel. Now, what if you could get a shuttle the other way round on demand and on a sharing basis as well? This is what Micro Transit Systems represents today.

The origin of Micro-Transit services can very well be traced to the dollar vans, minibusses, and Google Shuttle Services of the 2000s. Once IT and GPS services like Google Maps came into existence, the giants in Silicon Valley started to operate their own shuttle services on fixed routes to and from the IT Park. Some 10 years down the line with the advent of smartphone technology, companies like Leap Transit and Chariot saw opportunities to further leverage consumer services through these smartphone applications. Hence what we today know as Micro Transit Service was born.

According to a study conducted by Mars Discovery District, The Atmospheric Fund and Coop Carbone on the effect of Micro-Transit technology on Greenhouse emissions for Greater Montreal Area. It was found that using Micro-Transit Services as primary mode of transportation will result in reduction of Greenhouse Gas Emissions by a staggering 515 to 614 Kilotons depending on the fuel used and the range of the vehicles used.

The concept of Micro-Transit services in recent years has gained significant prominence amongst the people of urban and suburban areas of the United States. This concept has been widely adopted by private players. Moreover, county level as well as city-level governments, have also started partnering with Micro-Transit service providers to build a more effective network of door-to-door transportation services.

All of these above-mentioned transit network companies have either launched a pilot or have continued the service of Micro-Transit services in their respective areas. Not only has the ridership of such services increased when compared to Public Transit System, but also these prove to be easier to manage and more cost-effective to both operators as well as commuters.

How Micro-Transit Systems are Different from Other Modes of Transportation

There are numerous similarities as well as differences that one can quote in how the Micro-Transit systems are owned and operated when compared with other modes of Public Transportation. Under this section, we’ll focus on some basic differences between both the systems.

Delivery Models of this Concept

This new model of public transportation can be implemented in different delivery models such as public-private partnership, combined mobility services and even a private enterprise model.

Recently,RideKC demonstrated a one-year pilot program operated by Kansas City Area Transit Authority and Ford Motor Company. The pilot aims to increase community mobility by providing these dedicated Micro-Transit Services to upgrade the existing mass transit options for the city. Using the Bridj App, anyone in the Kansas City area can book a shuttle service for up to 24 hours in advance and the payment is done online through cards This means you can skip bus station queues and still travel in a public transit system.

These services will be delivered specifically through dedicated mobile applications and websites run jointly by the government. and their private partners as mentioned in the case of RideKC. This model will ensure that the ridership is systematic and you can get on demand rides to your destination.

UBIGO was a one-year combined mobility pilot attempted by the Swedish Government in the city of Gothenburg. This pilot aimed to combine all the possible modes of transportation on a single invoice that used to be prepaid. Designed for families as well as B2B needs, the UBIGO system worked on the system of pre-payments for all the modes of transportation that might be used in the coming month where the unused hours, days, and trips would be saved for later use continued to the next month. In all essentiality, UBIGO sought to unite all the transit systems under one single roof.

Just like UBIGO was a hit in Gothenburg, other cities also need to develop similar strategies to assimilate all the services into one combined charge. Here, the travellers won’t have to worry about getting their various transportation cards recharged from time to time.

Just as mentioned under “Public-Private Partnership in Kansas”, the same system can be applied for private enterprises, with the only rise in downturn being the increased rates, but the counter to it being better services due to high competition. Already implemented as BRIDJ, Chariot, and VIA in the metropolitan areas of Boston, San Francisco, and New York respectively, these companies have garnered their fair amount of success by carrying a record number of passengers each day, making them largely successful models in Urban and suburban areas of the mentioned cities.

The Entrance of private enterprises will only make the process smoother and promote innovation. This will result in higher frequency of vehicles operating on particular routes making it easier for travellers to commute. You can think of it just as other ride sharing apps which are for the whole community to share.

We always tend to look for alternatives that would serve us better than our preferred mode of transportation so that we can cut down on our expenses, travel time, and increased comfort. Now that you have the proper idea about the functioning of the Micro-transit system, let’s discuss how they can be the best alternatives to other modes for transportation.

There are numerous advantages of using Micro-Transit Services which would be beneficial for everyone from an individual to a group of people, community or organizations. Some of the major advantages of this system are:-

Micro-Transit systems have great potential for growth and service to various communities within a city. The recently concluded tests suggest that Micro Transit systems are indeed feasible modes of transportation. Through careful research and management, this transportation system has an excellent scope for development into mainstream transportation for the majority of the population living in the cities. It just needs time for exploration and development as the concept is still in its introductory stages.

So, once all the challenges are overcome by mindful thinking and innovation, the future of the Micro Transit system seems like the one which can be implemented all over the world! 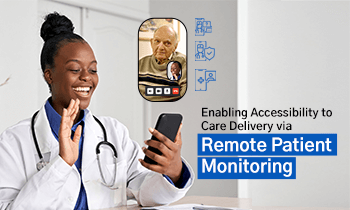 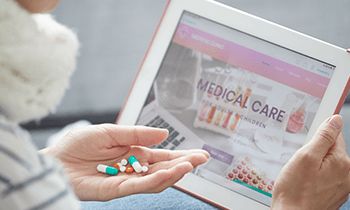 Healthcare Consumerism: What Is It And How Does It Affect Healthcare? 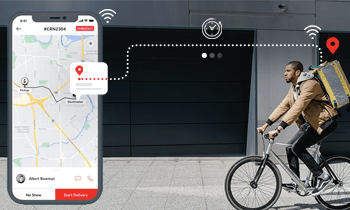