Every developer strives for having a presence on app stores; especially, on the prominent ones – Apple app store and Google play store. These platforms would back you to expand the reach and parameters of your app’s visibility. But I would suggest you to go for other platforms as well, at the same time, for promotion. Reason being, iTunes and play store are the leading app distribution stages, however these channels are bearing loads of millions of apps in them. Therefore, it would be even tougher to host your app in the overcrowded arena.

To stand out in the crowd of millions of apps and to increase your visibility, introducing your app only on these channels won’t be worthy enough! Third party app stores could be of great help, if you’re looking for enticing your app’s download rates by pumping up your mobile app’s visibility through various platforms. Report says, seventy percent (sometimes even more than that) of revenue are shared with the developers by some of the platforms (app stores).

Listed down are some of the useful alternatives or third party app stores which will help you in reaching out to your prospective users and hence, to head towards profitability.

This is exclusively a platform for distributing and promoting your Android apps. Get your app registered here for free of cost. Yes, APTOIDE doesn’t charge you for generating a developer account. You can not only promote and distribute your app through this platform, but also can monetize it round the world, as mentioned by the CODECONDO in one of its blogs Top 8 apps stores to publish your apps and get extra traffic downloads

It is operative in 230 countries and getting registered here, as a developer, is for free. You can publicize your apps, which are meant for multiple mobile operating systems, for example, Android, iOS, BlackBerry, Windows, Symbian and Java. Publishing your app on Opera would be beneficial for you, as a developer, as the traffic which it entices is around 10 million in a month. Per day it enables 2 lakhs app downloading, which is pretty good, isn’t it!

It is a distribution and promotion platform for iOS, Android, BlackBerry, Windows, Symbian and Java. Once distributed on Mobango, you can keep yourself updated of the progress of your app on the dashboard. Mobango is a paid service, hence to promote the app on it you need to pay for every single downloads while the app will get promoted by Mobango through its premium sections.

This is the channel where you can publish any of your apps, regardless of the fact that it is a video game or software or any of the Android, iOS or web apps. Around the world, 200 countries are privileged to use this platform to publish their apps on it. Developers get benefitted by a decent amount of profit share by the app store. With a zilch of charge, you can create an account (Developer’s) and distribute your app in it; hence can use Amazon APIs.

This is one of a kind of discovery platforms that allows users to discover those apps which sync up well with their interest areas and are free or cheap for limited period of time. This helps developers to persuade a chronic boost in their app downloads while the user gets an app free of cost or in exchange of small amount. This also pushes the app to the app store’s top chart.

AppZapp is a platform which caters customary reviews and information regarding the daily offers and discounts. It duly notifies the users about the latest
deals that the app is offering. This way, it creates an urge in your potential users to download and use your app. You, as a developer (publisher) require submitting your app’s review by filing a form.

Here, you can avoid submitting the price. What more you require, in an initial stage of marketing your app, when a platform itself is competent enough of publicizing not only your mobile app but also its offers/deals and reviews. It has a user-base of 2 million people.

Let’s take the example of Pinterest, where seventy five percent of users come from mobile notification. The new app’s pin gets designed in a ways to make the user understand it more easily; like Apple app store, where it caters such app which is designed well delightfully designed which pushes innovativeusers onboard.

AppFlood is a platform where you can promote your app without paying any commission. Here, the developers are privileged to swap installations with other developer’s creations (i.e. applications and games), absolutely with no charges or commission.

The algorithm of their apps matches commonly to trade traffic which creates 25% of CTR (click through rate) by providing significant applications to its user-base. AppFlood is an incredible resort for developers who need to make more install without burning through cash furthermore offer services like pay-per-install, etc.

It is one of the kinds of networks for discovery apps. Here, you can also offer limited discounts offers on your apps. You can also download ‘previously-paid’ apps for free of cost, from this network’s ‘Apps-Gone-Free’ section.

It allows users to include your app to their personal watchlist. This will notify them as and when your app’s price drops within their budget. It also facilitates a ‘share’ button which can give a boost to the app traffic. An iDevice user allowed sharing the app on 7 different social media channels.

For mobile games app promotion, AppLift is one of the best platforms. Christopher Reynolds says in a blog, How to: Promote your iOS and Android mobile apps,that this platform aims at throwing lights on the promotion of the mobile games apps and also its relevant offers and deals.It ensures the developer makes the app a no-risk business model, for instance, Cost per Install (CPI). It also assists the developers to make a standout impression and accelerates the revenue and a focus on a fair return on investment in the app market.

There are more than 8 million applications on this network. This platform has a condition to be fulfilled before you submit your app on it for distribution and promotion. You have to submit your app review on 1Mobile after creating a developer’s account on it. It will take maximum of 2-3 days to get it reviewed. You can resubmit an error-free review and then re-distribute your app on it.

Applifier offers a non-incentivized network for users of iOS and Android application, concentrated completely on games. App marketers can promote different distributor’s games through a standard advertisements installed into their ‘pause’ screen, or through interstitial promotions.

Its uniqueness is to provide the developers an event of promoting the app without paying for users. At the point when a distributor sends a client to another person’s application, that distributer will get another client – for nothing. Applifier profits by paid advertisements alongside the cross promotion advertisement.

Companies: As an ASO platform

Here are some of the companies which can help you market your app through strong App store optimization tools.Listed down names of the companies could be helpful for you in terms promoting your app within your budget. Check out all the outsource ASO companies:

AppTweak helps you improve your app store visibility and give a tough competition to your rival. It review all important aspects of your app and analyze its potency and efficacy, automatically. It is available in 60 countries. Hence, you can easily monitor your app’s ranking, trends and that of yours competitors. It allows you to check the number of downloads it has entices and the revenue it has generated.

Gabriel Machuret, termed SearchMan’s efficacy and speed, in his blog and video SearchMan SEO-An Awesome ASO tool, as Jaguar car. The best part of SearchMan is the competency of visualizing information in such a simple approach to comprehend, in addition to makes it simple to gauge the achievement in optimization

It is one of the leading app store optimization companies for iOS app developers. The reason it is among the top choices of ASO tools is for its bold, standard and effortless approach.

Here’s the reason why you should choose AppMind:

So, aforementioned were the name of few ASO tools and platforms that you can use to promote your app, so as to expand its visibility and make it popular amongst the users.

iPad – Is it a business plan changer? yes, it is indeed, in some cases! 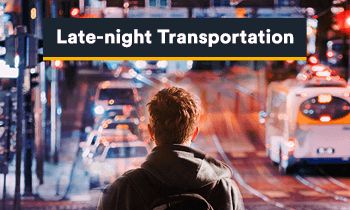 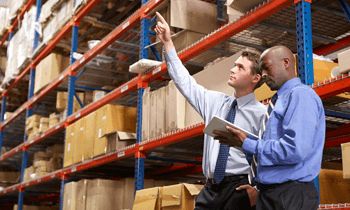