A few years ago could anybody predict that daily visits to physicians, physically visiting doctors for common diagnostic procedures like checking blood pressure and blood sugar, a wide range of existing medical monitoring systems and products, will all become conventional methods in healthcare, that more than a million people would buy a watch that not only tells the time but tracks your workouts, too? But that’s exactly what happened.

Now the Question Arises “What Is Wearable Technology?”

In the fields of health and fitness, wearable technology refers to electronic technologies or computers that are incorporated into items of clothing and accessories which can comfortably be worn on the body. Because it can provide sensory and scanning features not typically seen in mobile and laptop devices, such as biofeedback and tracking of physiological functions, wearable technology tends to be more sophisticated than hand-held technology available in the market today.

Evolution of Wearable Technology in Healthcare

Wearable technology’s roots are centuries old though it might feel like a new thing in the town. For us, the term, wearable technology is a reference to fitness trackers, smartwatches, smart clothing, or some more sophisticated tools like smart glasses, or AR/VR headsets, and similar devices. But the truth is that it has existed long back just in a different form and has evolved over time to give us today’s high tech wearable devices.

The evolution of wearables dates back to 1788 when Thomas Jefferson introduced the first ever pedometer. Another invention in this area was that of the “Lie Detector”. Back in 1921, the lie detector was created which was the first machine to have sensors which could measure Galvanic Skin Response (GSR), pulse rate, and blood pressure which indicated the physiological parameters of deceiving. This instrument was of great use to the police.

With time, innovations in this space were more powerful, stronger. 1961 saw an enthralling innovation – The first Wearable Computer – a time when computers were the size of the rooms. Innovations have been coming around from that point in time, be it of wearable hearing aids or the world’s first fully digital pacemaker – Vitatron C-Series in 2003.

The rise of wearable technology ranges from fitness trackers like Fitbit and the Apple Watch to Google Glass and Microsoft’s HoloLens. Let’s take a quick glance at some wearables that are hot in the healthcare industry:

Looking at the advancements in wearable technology especially in the field of healthcare, here are some interesting statistics that have come upfront:

Benefits of “Wearable Technology in Healthcare

Wearable technology has touched multiple areas but Healthcare has been the major benefiter of this technology. By deploying wearables technologies, hospitals and clinics can achieve benefits across multiple levels and roles. Some such benefits can be enumerated as:

The Future of “Wearable Technology”

If we can be sure of anything, it’s that the future means we’ll be wearing our technology on the outside, and, perhaps one day, on the inside, too.

The wearable health industry has exploded in recent years, and the trend isn’t slowing down. First-generation wearables, including fitness trackers like the Fitbit and Jawbone’s Up, health apps like Walgreen’s Balance Rewards, and smartwatches, are very popular with consumers.

And healthcare professionals are eager to get in the game, too, exploring the possibilities for helping patients with chronic illnesses or who live in remote areas manage their conditions. As the cost of wearable devices goes down and the ease of collecting the data improves, the likelihood of seeing wearable technology become commonly incorporated into healthcare services and recognized by health plans goes up.

What’s more, patients are ready for wearables. Evidence from the patient engagement survey showed 49 percent of patients globally wear or would be willing to wear technology that measures and tracks both fitness/lifestyle and vital signs.

The wearable hardware developers, wearable app developers along with regulators and healthcare service providers, must embrace the potential of wearable technology in providing better patient outcomes.

Let’s together build up a long-term relationship to innovate something remarkable in the world of Wearable Health Technology! 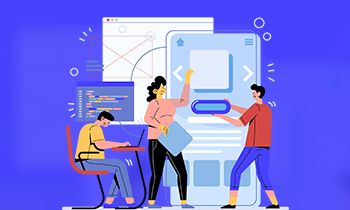 How to Hire Mobile App Developers for Your Company 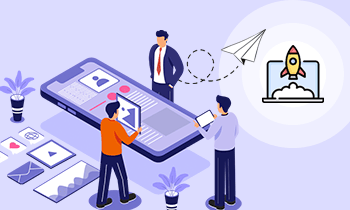 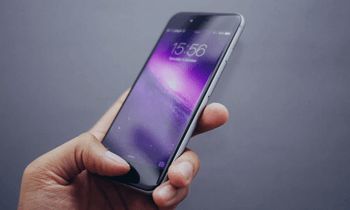 Why iOS 10.3 Is Gaining Popularity among the Users?