iPhone or Android? And which version to support while creating your first app

By  Hemant Shinde  In  AndroidApp Development for EntrepreneursApple  Posted  November 18, 2013

If you are a start-up with a new idea for a smartphone application and do not have sufficient financial resources to support both iOS and Android platform, then one of the most important decisions you need to make is which OS to support. After you decide the OS to support you also need to decide which versions of the OS to support. Every extra OS version means extra efforts, translating into the extra cost. But the issue is not limited to the cost of app development alone. Every OS version incurs recurring cost while providing the new features of the app because then one has to make sure that every new feature is either compatible with the older releases or it needs to be verified as not working and documented/conveyed to the customers.

The decision needs to be taken at the beginning of the app development cycle. Application design may follow the feature set of the app. For the special purpose apps (read innovative, one of a kind apps), the feature set is heavily dependent on the OS and their versions.

The decisions can be made at two levels, the operating systems to be supported and then the versions.

Cost of the app is directly proportional to the number of versions that are supported. Therefore, typically the startups with cool new idea look for limited release. The strategy is to focus the limited resources to create one good app, experiment a lot to get it right and replicating that success on other platforms.

Mostly, the iPhone app is preferred in the first version, because of the domination of brand Apple in US, and partly due to past success stories. An app like Instagram did not feel it necessary for two years before providing an Android version. Summly did not have Android app at all at the time when they got the offer from Yahoo!.

There are technical reasons too. Native iPhone SDK provides lot of ease when it comes to the development of premium look & feel and basic animation support. Best of all, the minimum number of devices and resolutions to support. It gives developers more time to work on the features instead of worrying about the compatibility issues.

Increasingly, we are seeing some apps entering the market from the Android route. More often than not, these are the apps/platforms, which could have been delayed/rejected by the stringent (and sometimes weird) Apple app store policies. The biggest example of such a platform is Airpush (http://www.airpush.com/)

With market shares and momentum on their side, we can expect developers to make Android-only apps in near future. We already see that trend in emerging markets where Apple does not have much presence. The EU and APAC region have more Android users than iPhone, and it makes sense to create an Android app initially in these markets.

Why should I believe you?

By Oct 2013, Android is the most used smartphone platform in the US. More than 50% smart-phones are using the Android operating system.

However another metrics that is referred by Apple fans is the mobile browsing share. The below chart suggests that even though there are more Android users, they are not using the Internet from their phones as much as Apple users do. Therefore the real target audience for the apps is significantly less than the actual number of Android devices that are being sold. What does this tell us? It means that even though there are more Android devices in the market, usage-wise Apple still leads by a large margin. It means that the individual and combined spending capacity & intent of Apple users is still higher than Android users. It means that if you are planning to have an app for niche market, it’s more likely to succeed on iPhone than Android.

The above chart released by Apple clearly indicates that iOS4 is obsolete. And with only 5% market share, even iOS 5 can be discarded from the supported OS. We can expect the iOS6 share to get reduced after the launch of iOS7. Developers need to concentrate more on iOS7. With 91% plus homogeneous market and uniform device size, iOS support translates to a couple of resolutions and couple of OS versions. With such a limited variation, it definitely gives a huge advantage for the iOS app developer. They just have to concentrate on features, if it works on one device, most likely it will be accessible to all of your target audience.

Within 1 year from now, iOS6 can be considered obsolete. So if you are planning a large app, which will be released by next 4th July, you need not bother supporting iOS6.

Android has many active versions over a thousand different types of devices. Combine this with the number of screen sizes supported by Android and it becomes a mess for a new developer. For corporates, it is important target the bestselling devices and most used Android versions. It is this support metrics that causes the pain in Android UI development. It increases time and cost, and nobody can still guarantee that the app will work on all the Android devices without any issue.
This was the Android version chart from August 2013.

The version 2.3.3 was released on 9th on 21st Sep. 2011. So even if you are building app today, ideally you should be supporting an OS version, which has stopped updating since last two years. This is a major pain-point among Android developers for last few years. Even though the platform is growing at rapid pace, vendors are not providing OS upgrades to the older devices, causing fragmentation.Feb 2011. The last Google update in 2.3 series was 2.3.7 received

This is the latest Android version breakup chart. If you notice, there is whopping 7 % decrease in the number of users in Just 2 months. With the latest Kitkat update coming up we can be sure that the number is going to decrease significantly.

At the same time the version-wise browsing share gives a different perspective. Even though there are 26% Android users with 2.3.*, they form only 5 % of active users on the internet. So, it looks like one can afford to start the support from Android 4.0.* if you are building a new app.The apps that want to use latest features from Android 4.0 onwards can benefit tremendously by not carrying the baggage of this legacy version, which is fast disappearing from the market. For enterprise apps though we would still need to support the Android 2.3.* for some more time.

1. If you want to support one platform support iOS.
2. If you have a cool idea, which needs lot of creative freedom, tricky financial integrations, location tracking, hardware integrations, go for Android. You will be sure that you will not face any problems with that.
3. If you are planning an app to get released 6 to 7 months from now, you can bet that iOS6 will be obsolete by then. You can benefit by supporting iOS7 features in the app.
4. Building for Android, most apps can get away without supporting the Android 2.3.* branch now. However if your app is dependent on viral growth, or for enterprises, you still need to deal with it.

Apple has recently released the stats for iOS7 adoption, and the trend is confirming our assumption.
As of 17th Oct. the chart looks like below: 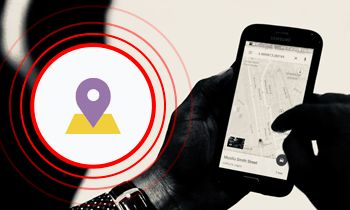 The Building Blocks of Android Application