How much does it cost to build an iPhone App?

Today, every business, irrespective of their size and expertise, wants to leverage from the exploding app market. Apps are not only a motive to reach out to the potential customers, but also can help generate revenue.

App development is always an expensive affair, wherein one puts not only time and idea, but money as well, in return of the experienced team they hire. A lot of people are curious about ‘How much does it cost to build an iPhone app?’ which shows some concern about money. However, there are a lot of factors that influence the cost of an app development. Also expensive or cheap is a subjective opinion. The only right answer to this question is, “the cost depends on why type of app you want to build and the level of expertise and experience you desire from the team who is building the app for you.”

Even after understanding the above mentioned rational if you want a ballpark estimate, then I would say that to develop a quality app with around 10 screens, with offshore development model, it should cost you around USD 20,000 if you want to launch it on one platform, either iOS or Android. If you want to get everything done in US, then this can easily cost you around USD 80,000 to 100,000. However, I would strongly advise you to understand the app development process in depth, so that you can evaluate the estimates that you will get from various app development companies.

The Apple App Store has approximately 24 categories of the app; which means, while developing an app you have a wide range of categories to choose from. Every category is well defined with different objectives. The cost of an app would depend on the category of app you want to develop to address your target audience. Explained below are some commonly used app categories.

The cost of this app would differ based on whether you want a static or dynamic content. In static scenario, the content is built into the app, whereas for dynamic content, you have an online service that retrieves content, as required.

Gaming apps are not only high in complexity, but are also costlier when compared to other apps. In games, developer has to provide rich animated UI, which requires complex coding. Also for gaming apps, a specialist illustrator is required to create the game characters.

Even the simplest gaming app may be costlier when compared to simple apps from other categories. Gaming apps should have top scores, plug-ins of online media; which would further excite players to play more.

Apps also give you privilege to enhance already present features on your user’s smartphone; such as camera and alarm. For instance, Camera +. This allows avid photographers to touch-up their photographs before they share that on their social media platforms.

Such apps get instant popularity since most of the smartphones don’t have these additional features. There is a wide variety of such apps for users.

This app, which is quite similar to the data driven app, relies on external information. For this app, the user needs to have mobile Internet, without which the app won’t function.

For instance, PAL app, which is designed to replace the conventional process of sign-ins at work places. This app has other features like GPS tracking and alerts that are useful to the user. Few more examples are Twitter and Flipboard.

Since most of the people rely on their smartphones these days, utility apps are successful in getting attention of users worldwide. For instance, DMA app, that keeps track of bill payments and remind the user to pay the bills in due time. This way, the user doesn’t have to worry about his/her bill payments. Other utility apps could be calculator, Adobe Ideas and personal manager. 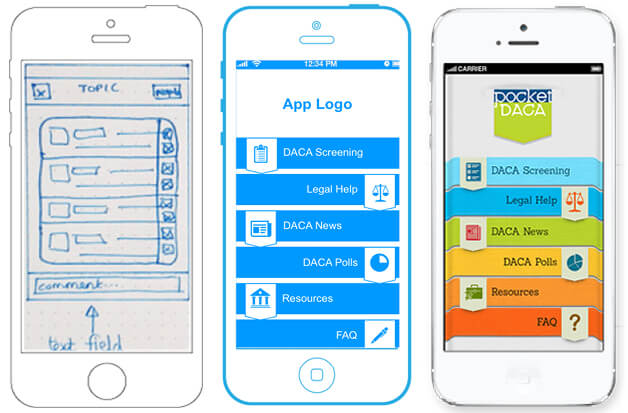 Once the base of the app is ready, you move on to the next step: designing of the full color UI for each of the screens of the application and programming. Programming for each screen is generally broken into 2 phases. In the first phase the frontend UI functionality and user interaction is implemented, and in the second phase the backend functional logic is implemented.

Apple has laid down guidelines and expects apps to be developed adhering to them. Apps would be rejected if the developer fails to meet them. 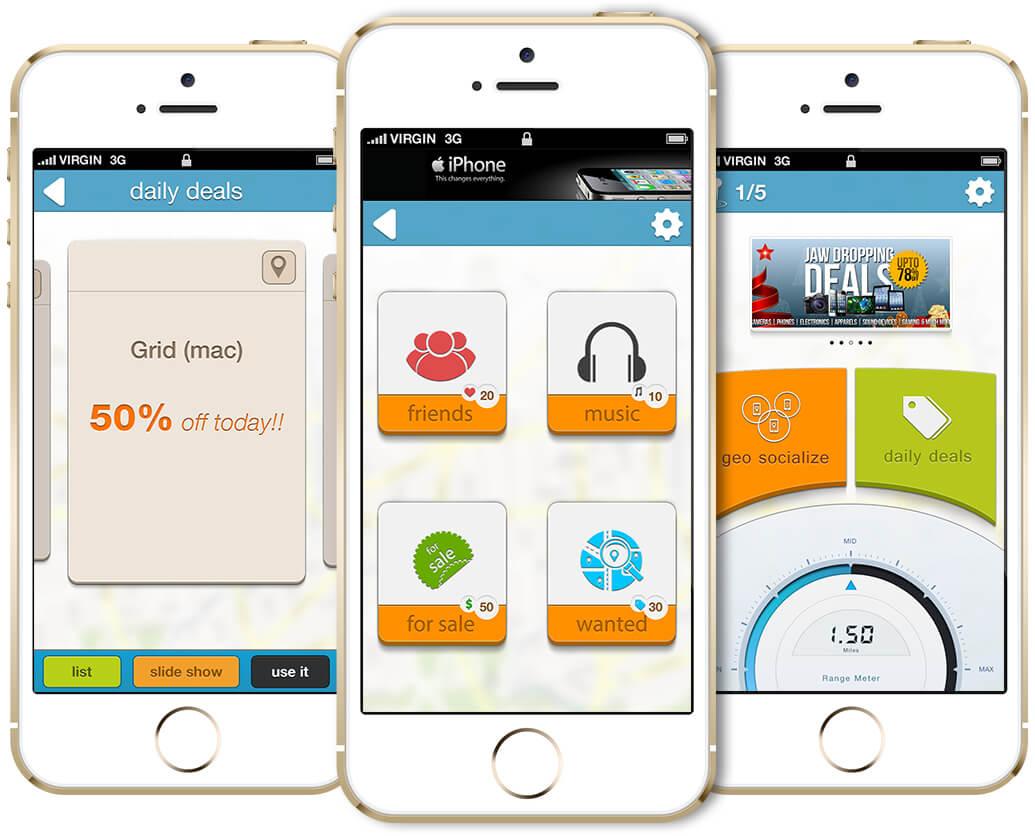 For an app to operate, you need data. In this step you would setup the backend on cloud servers to store and retrieve data for the app. Once the server is ready, you would need server-side code that would help to implement the backend functions.

Web Services are used to expose the data stored in the backend database to the application in a secure and controlled manner. To develop these, you will need an expert developer who knows technologies like PHP, Ruby on Rails or JEE (Java Enterprise Edition)

Before the launch of the app, it needs to be tested properly. The motive of testing is to remove all bugs and issues that might be present in the app. Launching the app without testing would lead to various problems. The app should be tested on devices running all the supported versions of the operating systems; that are iOS, Android and Windows. It should also be checked on all versions of the popular operating systems to ensure that it functions properly and runs without interruption. This is a time consuming task and it needs thorough analysis and careful execution.

Backend security is vital since it would ensure that the application and the data are secured. Without this, your data is prone to hacking which can lead to serious issues.

Once the app has passed the QA process, server setup for the production environment needs to be done.

8) Submitting to the app store

After weeks and weeks of hard work, testing, solving issues, securing data and making app ready for the customers, it is time to submit the app to app stores. Now, your app is ready to be used by customers. 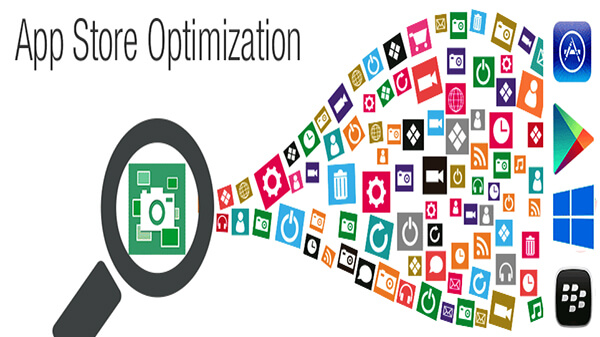 As seen above that app development has different stages; right from ideation to development to testing and deployment. You would need experts at every stage. Hiring right talent for each job would give you the best result. Let us have a look at what kind of talent you need for each job.

As we know, wireframing is the base of your app. Your entire app stands on the design of the user experience also called as UX. Hence, wireframing needs to be smooth and perfect. For this task, you need a UX expert who can create the best possible user experience for your application. A UX specialist should be aware about latest trends. He/she should be able to give you solid foundation with all the elements to make the navigation easy. A user should be able to find what they need easily. If they fail to do so then the app might not succeed.

Every app has its own unique design. Plus, their interface changes with the device, to maintain the user friendly features. For this you need UI design expert who could help you develop a user friendly attractive app screen that is compatible to different devices: Android, iPhone and Windows. The expert would help your app look good with right sizes of images, graphics and icons.

Programming of the application is one of the most challenging phases of the development. The person you hire for this job should be able to give you an output that is apt with present requirement. The programmer should be experienced with the programming environment required for each of these jobs. This includes Java for Android and Swift or Objective-C for iOS. Generally, programmers specialize either in Android or iOS.

A Quality Analyst (QA), whose job is to test the app and ensure that it is perfect as per the requirement, is the one with immense knowledge of design and development issues. You would need a qualified QA, since they have the eye for detail. They are able to identify issues that slip through during the design and the development phases.

Developing an app and deploying it are two different tasks. A programmer would finish up the task of developing an app but you would need a cloud specialist who can successfully handle the task of deploying it. These experts, who are often called DevOps, are experienced in installing applications, creating a trustworthy server environment, database replication, backup, performance, security, and application scalability.

7) Deploying App To The App Store

One should be able to follow the guidelines on how to deploy the app to the respective app stores and it’s done.

Every stage of developing an app needs experts. You can either go for different individuals for each stage or can approach a company who would give you the final product. The cost of an iPhone app would depend on these factors. Mostly, those who are looking for an iPhone app development, opt for companies from eastern countries like India. This way you get good output at reasonable price.

To sum it up, cost of developing an iPhone app would depend on the kind of app you have, its complexity and the experts hired for the task. You should do proper research before hiring someone. The app market is brutally competitive and you get only one chance to impress the customers with your application to win their business. If your app ends up being substandard, then it’s very hard to recover from the reputation loss. So, we suggest that rather than going for the cheapest provider, you should opt for companies that have good track record of developing quality applications to ensure the success of your product.

Ritesh Patil, one of the Co-Founders of Mobisoft Infotech, is the Director of Delivery. He has 10+ years of experience that includes Microsoft Technologies, Mobile Application Development, Project Management, Business Development and Account Management. He is an expert in project management and loves traveling and exploring new places. Follow him @Ritesh_patil. 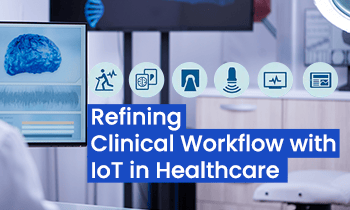 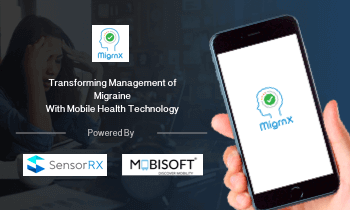 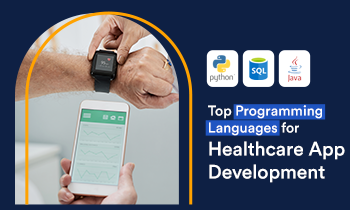