What is Kotlin Programming Language?

When it comes to choosing an open-source, easy-to-read programming language, Android developers are rooting for Kotlin. What is the exact reason for this widespread popularity of Kotlin programming language? Kotlin makes the process of app development fast, secure and easy with its short, simple, and safe coding, compatibility with other programming languages, and seamless integration in the Android platform.

In this post, we will discuss how Kotlin can assist and benefit you in integrating a seamless platform for Android apps development, its features, the future, and what makes it a better programming language than Java. So, without further ado, let’s get to know more about Kotlin.

JetBrains released Kotlin in 2016 with the prime objective of making it a language that a developer can use in any part of a software system. In 2017, Google announced Kotlin’s first-class support for Android app development.

The platforms supported by Kotlin where for each one there’s statically typed open-source programming language offering target presets are mentioned below:

Reasons why Kotlin is becoming a fast-growing and preferred language among developers:

Kotlin core libraries have made this language feature-rich and app development with Kotlin is an extraordinary journey for developers.

The two core libraries of Kotlin are – standard library and Kotlin.test library. Building a performant Android application is becoming easier with assistance from Kotlin libraries.

The standard library helps in every essential aspect of regular tasks with Kotlin in an app development project. These tasks include:

Kotlin vs Java – What to Choose?

Mobile application development with Kotlin programming language is becoming popular amongst developers. Google has considered Kotlin as the preferred language for Android app developers. Java was launched before Kotlin, hence, developers have used Java more than Kotlin. Due to usability, tools, and framework, Kotlin is gaining steady recognition, and soon, it will dominate the Android development industry. Kotlin vs java has a wide perspective of differences. Major reasons why mobile application developers are preferring Kotlin over Java are:

The project of launching Kotlin started in 2010 and it was open-source from very early on. Its source code can be customized as per the individual app’s requirement. You can explore and constantly observe how Kotlin works, which helps you to find and fix bugs in the programming code with immediate effect. You can try and test Kotlin multiple times free of cost before the actual implementation.

Ever since the launch of Android Studio’s latest version, it supports Kotlin, and therefore, the app development process is simpler for developers. They don’t have to use an additional plugin to add Kotlin in an Android app development project. By simply checking the “Include Kotlin Support” box in Android Studio while configuring a new project layout will be enough.

Another reason to prefer this language for Android app development is whether a developer is a beginner or a pro, learning this language, understanding its code, and writing syntaxes with it is easy for all developers.

Kotlin’s complete interoperability with Java can make the cross platform app development process a lot easier and quicker for you. Using both language codes simultaneously or calling one code from another in the same project is possible and that too without disturbing the ongoing performance flow. All you need to do is add necessary frameworks and additional tools to run both Kotlin and Java code.

Kotlin offers ample support and multiple contributors in its fast-developing worldwide community. Its vast array of community libraries are bringing help within your reach. You can consult the community resources or enquire anything directly from the Kotlin team whenever needed.

Kotlin reduces the null reference exception and the possibility of system failures and crashes. You can write robust code with Kotlin and make your application secure. Other than safety, you have another reason to rely on this programming language – it is supported by authorized resources.

In a nutshell, being an Android developer, you will find your job a lot easier and streamlined with Kotlin. Let’s discuss the main benefits your business can get by switching to Kotlin.

The Major Benefits of Switching to Kotlin

Your organization can seamlessly switch to Kotlin, boost productivity, and have vast community support. The major benefits of switching to Kotlin for Android app development are below:

The Future of Kotlin

Kotlin is a fast-growing open-source programming language with a bright future. Switching to Kotlin for Android app development is an important step for businesses because it eases developers’ challenges with their speed, flexibility, precision, and safety.

Kotlin is already well recognized by renowned companies, like Pinterest, Basecamp, Coursera, etc. In fact, according to a survey, Kotlin is the most used programming language. Around 7-8% of developers around the world use it. Also, 2% of software developers have used Koltin as a cross platform app development framework. The main reasons for which Kotlin is here to stay are listed below:

With more developers giving positive feedback about Kotlin, the more its usability will improve. It is specially designed to fit developers’ requirements, focussing on Android development, and Kotlin android extensions. Thus, more organizations are starting to use Kotlin programming language for their Android projects.

Kotlin’s compatibility with Java is the main reason why small and large businesses are adopting this open-source programming language globally. It is a developer-friendly programming language, enabling developers with up-to-the-minute solutions to common and regular problems. What are you waiting for? Choose Kotlin to build world-class Android applications and use the expertise, proficiency, and experience of the right consultants to make the most of it! 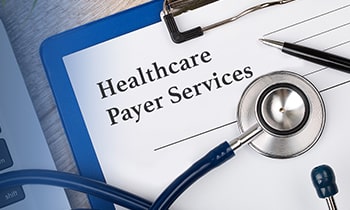 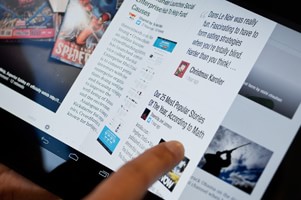 Why some apps fly and other just crawl?