Selenium IDE is the easiest open source test automation tool. There are some limitation in Selenium IDE, however it can be effectively used for functional testing of Web Applications. It is best suited during integration phase of testing.

Why Should I Automate ?

Steps for Installing Selenium IDE and record and play script 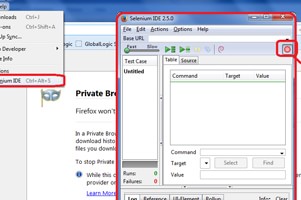