Testing forms an integral part of every software development life cycle as it plays a crucial role in bringing customer satisfaction. Test automation for testing regulates speed and flexibility to add on to the development phase. Mobile app development is no different. With automated testing, one can remove routine, mechanical and time consuming tasks from the agenda.

Automation testing brings in efficiency, effectiveness, speed and accuracy to manage test data. The need for automated testing is thereby increasing as it ensures regression testing on a regular basis with zero or no manual effort and offers a most predictable new build every time. It also facilitates the development team with quick feedback on the quality of the product/software application.

The need for automation testing for mobile apps calls for immediate attention because besides bringing in precise and quick results to accommodate a faster development cycle, you get the most realistic results. It accurately captures and plays back all multi-touch gestures with their respective speed on real devices. Moreover, it is affordable and could prove to be one of the best solutions to meet your mobile app testing needs.

With mobiles and tablets getting smarter each day it is time to incorporate mobile app testing solutions that are as intelligent and smart as these gadgets. The conventional testing tools for mobile apps that require coding may lag back to meet complex apps and the rapid development processes. Automation testing thus with its revolutionary and conventional approach has the potential to instantly bring results with better quality.

By means of test automation, developers get an upper hand to integrate performance testing across the lifecycle of mobile application. Performance issues can be caught early through performance metrics that are available during the functional testing, and later the impact of load can be conveniently measured through the integration of functional testing with performance testing. Automation testing also provide excellent return on investment (ROI), because the biggest returns for a business accrues when test coverage covered by automated testing prevents defects from being released into critical production systems. Turning intelligent is thereby one of the solutions for the future; test automation is one of it. 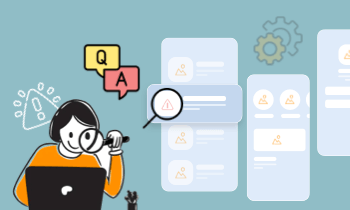